Analytical Engine generally considered the first mechanical computer designed by Charles Babbage in 1837. It was one of the most successful achievements of him. His Analytical Engine has Four different components or parts. These components are the reader, the store, the mill, and the printer. The analytical engine uses ALU (arithmetic logic unit) with the memory, punch cards, and the basic flow controls. Charles Babbage uses various loops and conditionals in the machine programming language.

Analytical Engine is the successor of the Difference Engine. He has used various series of punch cards for the input of design which is there for the purpose of arithmetical operations, numerical constants, and store operations.

Analytical Engine includes CPU and ALU both, which are the combination of physical and rotating drums just because it satisfies the requirements and needs of different Turing machines. The successor of the Difference Engine is known as an analytical engine. Charles Babbage had written thousands of pages and also drafted the two hundred fifty drawings with them.

All of These units work much more like a modern computer and also all the modern computers used in today’s generation are based on it. These are: Input, Output, Memory, CPU 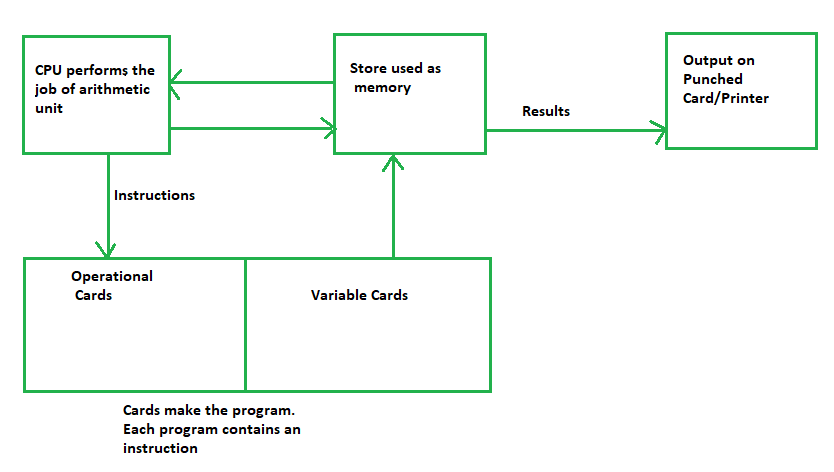