Software testability is a result of many factors and some of them are given below : 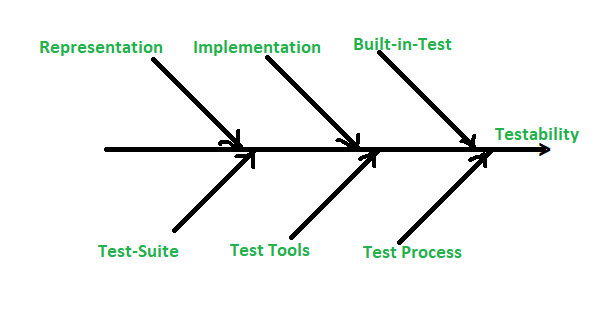 1. Representation :
The existence and usefulness of a representation in test development is a critical testability factor because of the following reasons:

2. Implementation :
An object-oriented program that complies with generally accepted principles of OOP poses the fewest obstacles to testing. Structural testability can be assessed by a few simple metrics. A metric may indicate testability, the scope of testing, or both. For example, with high coupling among classes, it is typically more difficult to control the class-under-test (CUT), thus reducing testability. The effect of all intrinsic testability metrics is the same:

Scope metrics indicate that the number of tests is proportional to the value of the metric.

3. Built-in-Test :
It provides explicit separation of test and application functionality. The built-in test has some features that are given below: