DFA machines are designed to accept the specific kind of input whose output is generated by the transition of input alphabet from each state.

Step-1:
Make a initial state,say “A”, minimum possible strings are 1 and 0 and also any number of 1 are acceptable.To do this put self loop of 1 on state “A” and make transition of input alphabet 0 to state “B”.Because only 1’s are acceptable so state “A” is termed as final state as well.

Step-2:
As single zero is acceptable in the string so make state “B” is final state.Transect input 0 from state “B” to state “C”. 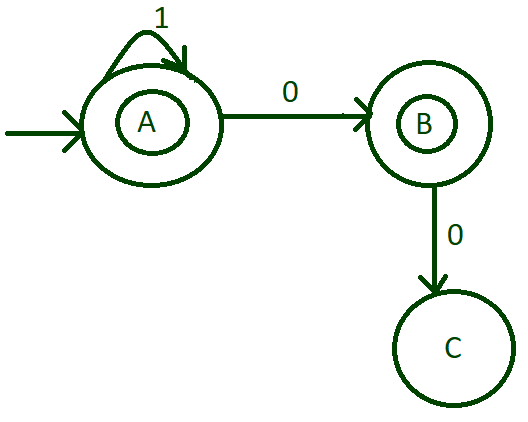 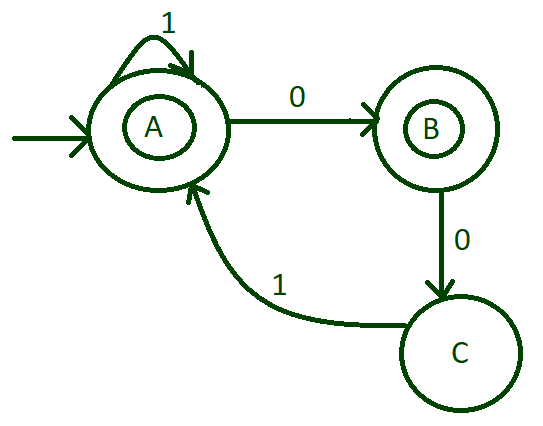 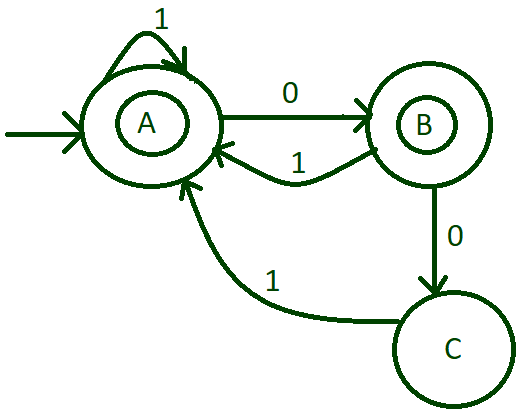 Step-5:
After 00 not more zero is acceptable in continuity.So transect 0 of state “C” to dead state “D”. 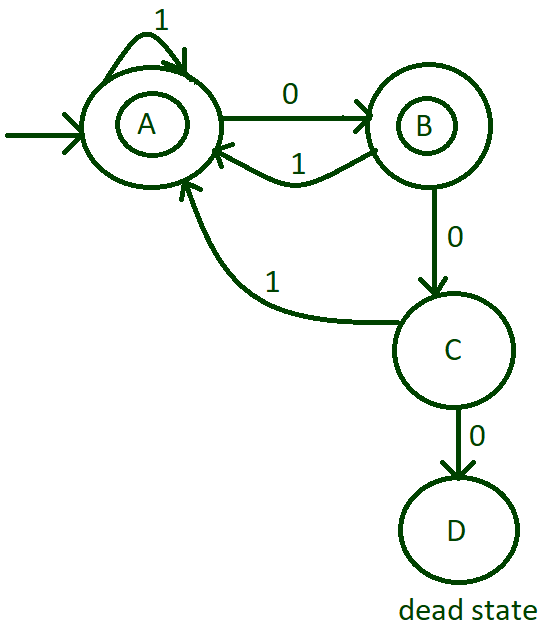 Step-6:
Input alphabet 0 and 1 of dead state transect to dead state itself. 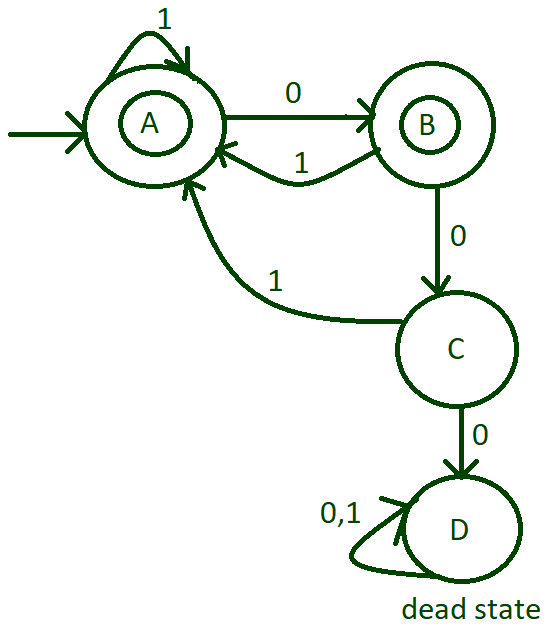 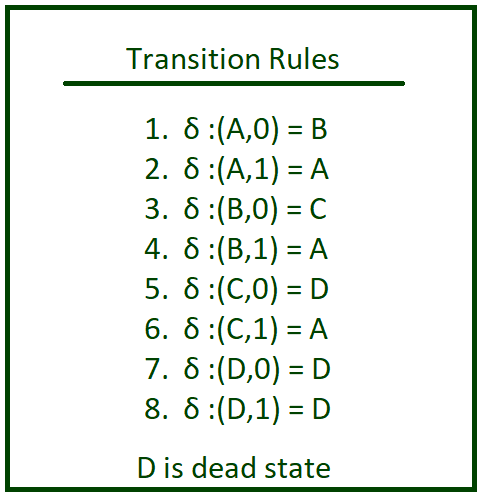 Transition Rules tells about the transition function working on each state with each input alphabet.