DES stands for Data Encryption Standard. DES is a symmetric cryptographic algorithm. It encrypts the data using the symmetric key algorithm (there will be a single key for encryption and decryption). DES encrypts by dividing the data into smaller chunks of 64 bits and then using a 56-bit key with the encryption algorithm to get encrypted 64-bit cipher.

Designed in the early 1970s by IBM developers and published in 1976 as official Federal Information Processing Standard (FIPS) for the United States. Over time, new encryption techniques kept emerging with the rise in better brute-force attacks and DES became vulnerable to use. To overcome this vulnerability, successors of the DES algorithm emerged such as Triple DES, G-DES, DES-X, LOKI89, etc. 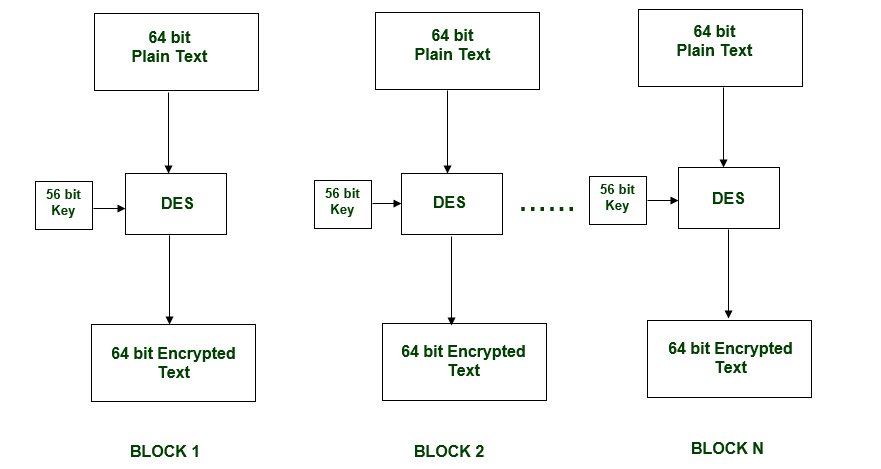