Imagine We are working with a formatting tool that provides features likes Bold the text and Underlines the text. But after some time, our formatting tools got famous among the targeted audience and on taking the feedback we got that our audience wants more features in the application such as making the text Italic and many other features.
Looks Simple? It’s not the easy task to implement this or to extend our classes to add more functionalities without disturbing the existing client code because we have to maintain the Single Responsibility Principle. 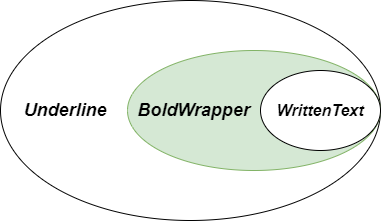