Decision Trees are useful supervised Machine learning algorithms that have the ability to perform both regression and classification tasks. It is characterized by nodes and branches, where the tests on each attribute are represented at the nodes, the outcome of this procedure is represented at the branches and the class labels are represented at the leaf nodes. Hence it uses a tree-like model based on various decisions that are used to compute their probable outcomes. These types of tree-based algorithms are one of the most widely used algorithms due to the fact that these algorithms are easy to interpret and use. Apart from this, the predictive models developed by this algorithm are found to have good stability and a descent accuracy due to which they are very popular

As it can be seen that there are many types of decision trees but they fall under two main categories based on the kind of target variable, they are:

Let us consider the scenario where a medical company wants to predict whether a person will die if he is exposed to the Virus. The important factor determining this outcome is the strength of his immune system, but the company doesn’t have this info. Since this is an important variable, a decision tree can be constructed to predict the immune strength based on factors like the sleep cycles, cortisol levels, supplement intaken, nutrients derived from food intake, and so on of the person which is all continuous variables.

Working of a Decision Tree in R

Important factors to consider while selecting the tree in R

Let us now examine this concept with the help of an example, which in this case is the most widely used “readingSkills” dataset by visualizing a decision tree for it and examining its accuracy.

Splitting dataset into 4:1 ratio for train and test data 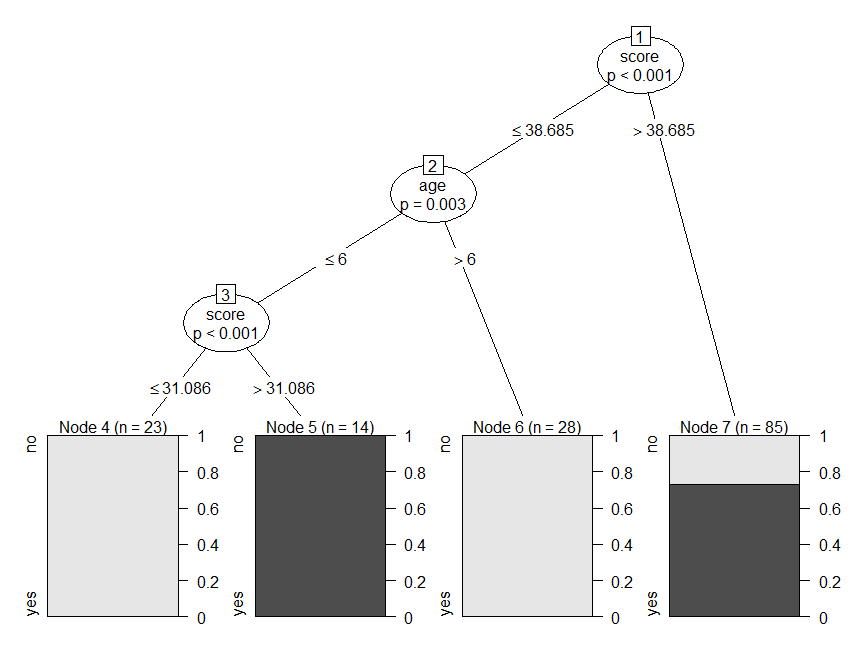 Determining the accuracy of the model developed

Here the accuracy-test from the confusion matrix is calculated and is found to be 0.74. Hence this model is found to predict with an accuracy of 74 %.

Thus Decision Trees are very useful algorithms as they are not only used to choose alternatives based on expected values but are also used for the classification of priorities and making predictions. It is up to us to determine the accuracy of using such models in the appropriate applications.