Distributed databases brings advantages of distributed computing which consists huge number of processing elements, elements may be heterogeneous. Elements are connected with network which help in performing the assigned task. Basically, it is used to solve problem by distributing it into number of smaller problems and solve smaller problems in coordinated way. 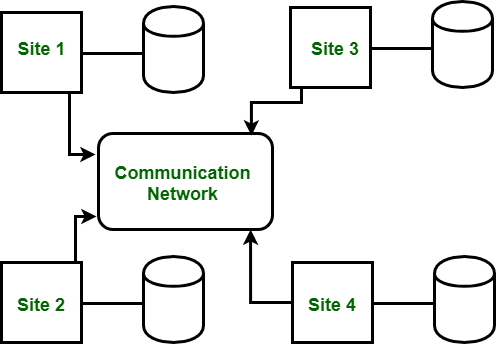 Distributed DBMS is single logical database which is spread physically across computers in multiple computers that are connected by various data communication links. It can defined as the database which is consist of collection of data with different parts which is under control of separate Database which is running on independent computer and connected by data communication links.
It is kind of virtual database because in this component parts are physically stored in number of distinct databases at number of distinct locations. In this database, distribution and transaction both are transparent. By transparent distribution we mean, user can access data anywhere over network if it’s data is stored at it’s own location. By transparent transaction we mean, transaction are divided into sub-transactions must maintain database integrity under multiple database. Software which help in making distributed database and also provides access which help in making distribution transparent to user is called Distributed Database Management System.

The rules are as follows :