In Machine Learning, the model requires a dataset to operate, i.e. to train and test. But data doesn’t come fully prepared and ready to use. There are discrepancies like “Nan”/ “Null” / “NA” values in many rows and columns. Sometimes the data set also contains some of the row and columns which are not even required in the operation of our model. In such conditions, it requires proper cleaning and modification of the data set to make it an efficient input for our model. We achieve that by practicing “Data Wrangling” before giving data input to the model.
Ok, So let’s dive into the programming part. Our first aim is to create a Pandas dataframe in Python, as you may know, pandas is one of the most used libraries of Python.
Example: 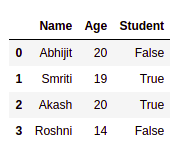 As you can see, the dataframe object has four rows [0, 1, 2, 3] and three columns[“Name”, “Age”, “Student”] respectively. The column which contains the index values i.e. [0, 1, 2, 3] is known as the index column, which is a default part in pandas datagram. We can change that as per our requirement too because Python is powerful.
Next, for some reason we want to add a new student in the datagram, i.e you want to add a new row to your existing data frame, that can be achieved by the following code snippet.
One important concept is that the “dataframe” object of Python, consists of rows which are “series” objects instead, stack together to form a table. Hence adding a new row means creating a new series object and appending it to the dataframe.
Example: 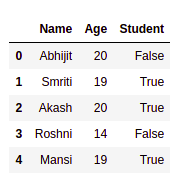 Before processing and wrangling any data you need to get the total overview of it, which includes statistical conclusions like standard deviation(std), mean and it’s quartile distributions. Also, you need to know the exact information of each column, i.e. what type of value it stores and how many of them are unique. There are three support functions, .shape, .info() and .describe(), which outputs the shape of the table, information on rows and columns, and statistical information of the dataframe (numerical column only) respectively.
Example: 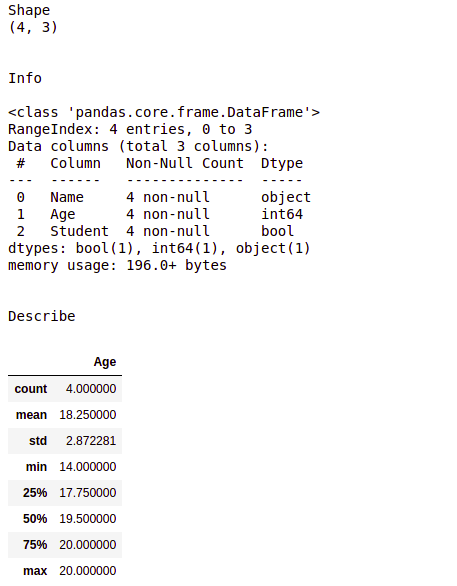 In the above example, the .shape function gives an output (4, 3) as that is the size of the created dataframe.
The description of the output given by .info() method is as follows:

The description of the output given by .describe() method is as follows: 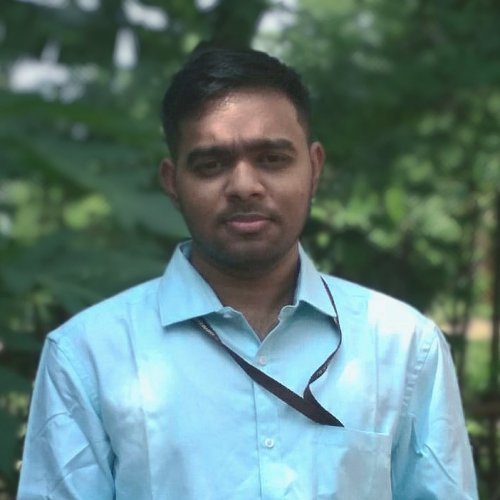