In this section, we will be discussing the various types of Enumerations.

Given below is the communication between the SNMP agent and manager: 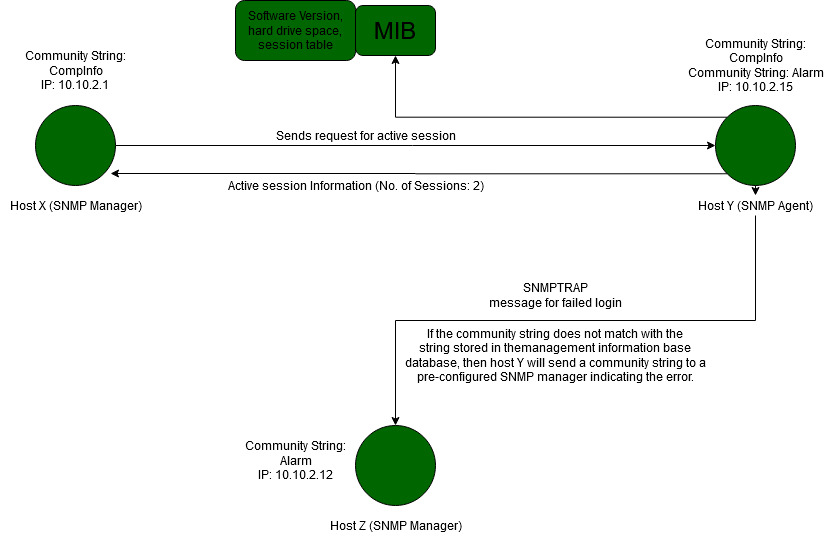 Mitigation Of Different Types Of Enumeration

There are several countermeasures which can be taken into account for the mitigation of several kinds of enumeration: