Current Loop as a Magnetic Dipole

When a charge move it generates an electric field and the rate of flow of charge is the current in the electric field. This is the basic concept in Electrostatics. The magnetic effect of electric current is the other important concept related to moving electric charges. Magnetism is generated due to the flow of current. Magnetic fields exert force on the moving charges and at the same time on other magnets, all of which have moving charges. When the charges are stationary, their magnetic field doesn’t affect the magnet but when charges move, they produce magnetic fields that exert force on other magnets.

The movement of charges generates magnetism around a conductor. Generally, magnetism is a property shown by magnets and produced by moving charges, which results in objects being attracted or pushed away. 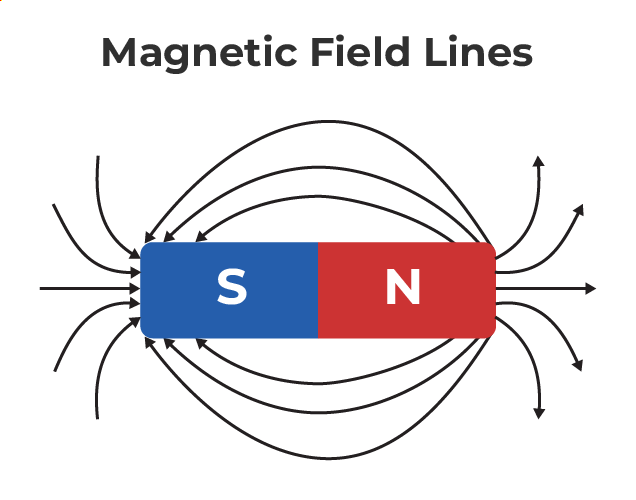 This is formula was stated by H.A.Lorentz for the force due to the electric field, based on the extensive experiments of Ampere and others. It is also called the Lorentz force.

Characteristics of a Magnets are:

The torque of the dipole can be written as,

where,
τ is the torque acting on the dipole
M is the magnetic moment
B is the outside magnetic field

Current loop as a Magnetic Dipole and Its Dipole Moment

where,
n is the number of turns in the loop
I is the current in the loop
A is the area inside the loop 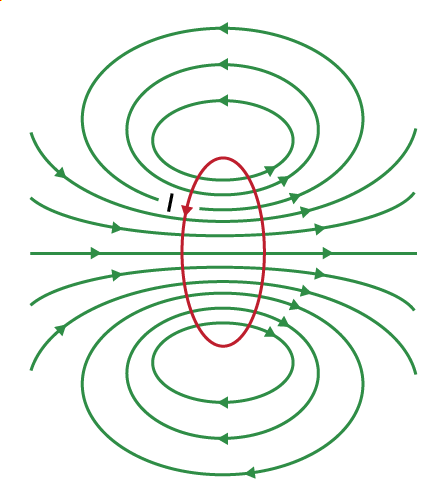 Characteristics of Magnetic Field Created by a Current Loop

Characteristics of a Magnetic Field Created by a Current Loop are:

Current Loop as a Magnetic Dipole

where,
n is the number of turns
i is the current flowing in the circular loop
r is the radius of the loop

Consider a circular loop with a radius “R” on the table, which is carrying a current “i” in an anti-clockwise direction. Now, take a point P that is “l” distance apart from the center of the loop. Therefore, the magnetic field (B) at point p is given by 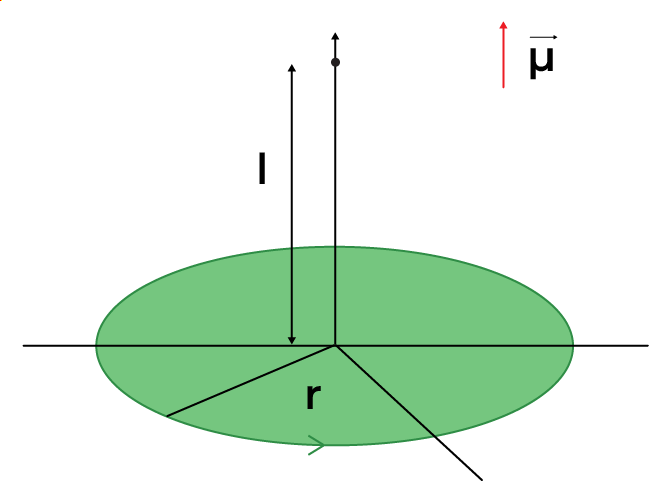 For simplification let us assume that the distance of the point (p) is very far from the current-carrying loop.

The area of the loop is given as

The magnetic field can be written as

Solved Problems on Circular Current loop as a Magnetic Dipole

Problem 1: Two wires of the same length are shaped into a square and a circle. If they carry the same current, then the ratio of their magnetic moments is:

The magnetic moment of a loop is given by (m) = IA

The wires have the same length,

Perimeter of a square = Circumference of a circle

The magnetic moment of the square loop is given by,

The magnetic dipole moment of a circular loop is given by,

Problem 2: A circular coil of 300 turns and a diameter of 14 cm carries a current of 15 A. The magnitude of the magnetic moment associated with the loop is going to be

Problem 3: A circular coil of 100 turns, each turn of radius 8 cm carries a current of 0.4 A. What is the magnitude of the magnetic field B at the center of the coil?

The magnitude of the magnetic field at the center of the coil can be obtained by,

Problem 4: A long straight wire in the horizontal plane carries 50 A in the north-to-south direction. Give the magnitude and direction of B at a point 2.5 m east of the wire.

The magnitude of the magnetic field at a given point can be obtained by,

Problem 5: Two very long wires are placed parallel to each other and separated by a distance of 1m apart. If the current in both the wires is 1A, then the force per unit length on both wires will be:

The force per unit length is given as,

Question 1: What is a magnetic dipole?

A magnetic dipole is an object where two opposite magnetic poles (north and south) of equal strength are kept at a very short distance, these dipoles can be bar magnets.

Few of the characteristics of magnetic Field Lines are:

The magnetic dipole moment is defined as the maximum amount of torque generated by magnetic force on a dipole that arises per unit value of the surrounding magnetic field in a vacuum.

A magnetic north pole and a magnetic south pole separated by a short distance are termed a magnetic dipole. Magnetic dipole moments have dimensions of current times area of energy divided by magnetic flux density.