SASS is the abbreviation of Syntactically Awesome Style Sheets. It is a CSS pre-processor with syntax advancements. The style sheets in the advanced syntax are processed by the program and compiled into regular CSS style sheets, which can be used in the website. It is a CSS extension that allows to use features like variables, nesting, imports, mixins, inheritance, etc, all in a CSS-compatible syntax.

There are two types of syntax available for SASS:

Note: This example use .scss extension.

Now see how to make effective use of the important features of SCSS like variables, nesting, mixins and operators. 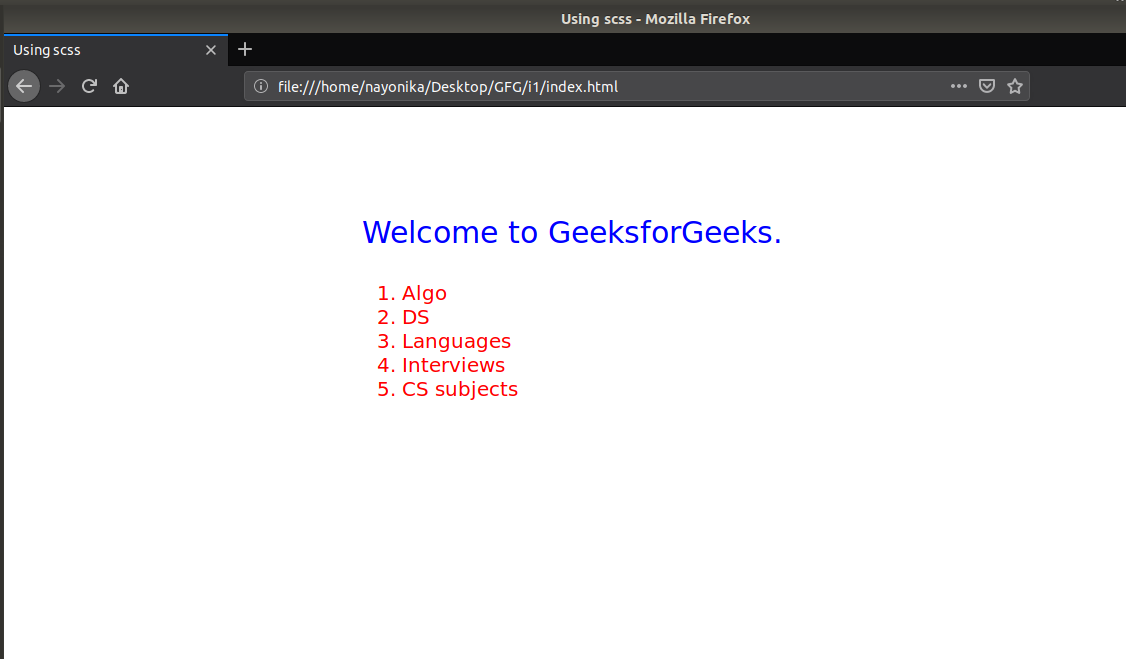