LESS stands for Leaner Style Sheets. It is a backward-compatible language extension for CSS. It allows us to use features like variables, nesting, mixins, etc, all in a CSS-compatible syntax. LESS is influenced by SASS and has influenced the newer “SCSS” syntax of SASS. LESS was used in Bootstrap 3 but was replaced by SASS in Bootstrap 4.

File Type: All LESS files must have the .less file extension.

Working: A web browser does not understand the LESS code itself. That is why you will require a LESS pre-processor to change LESS codes into simple standard CSS code.

File name style.css which we get after transpiling style.less 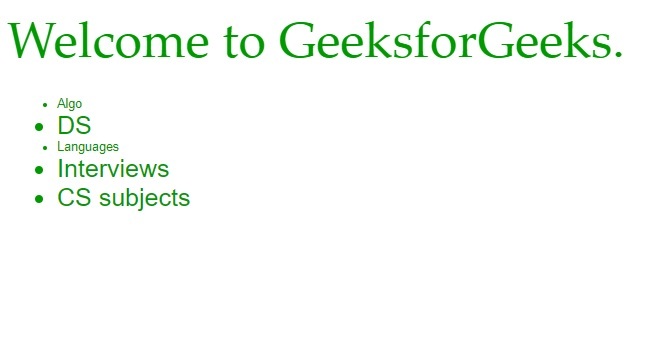