The :nth-of-type() in css Selector is used to style only those elements which are the nth number of child of its parent element. An n may be a number, a keyword, or a formula.

Where number is the argument that represents the pattern for matching elements . It can be odd, even or in a functional notation. 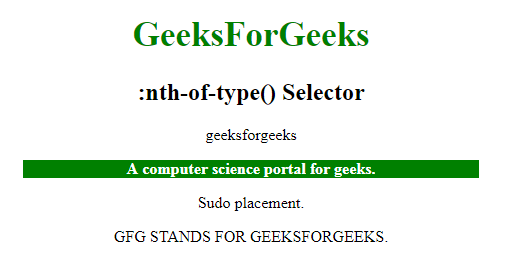