Incrementation and Use of CSS Counter: To incrementing the counter use CSS counter-increment property.

The counter() or counters() function in a content is used to display the content in a particular order. 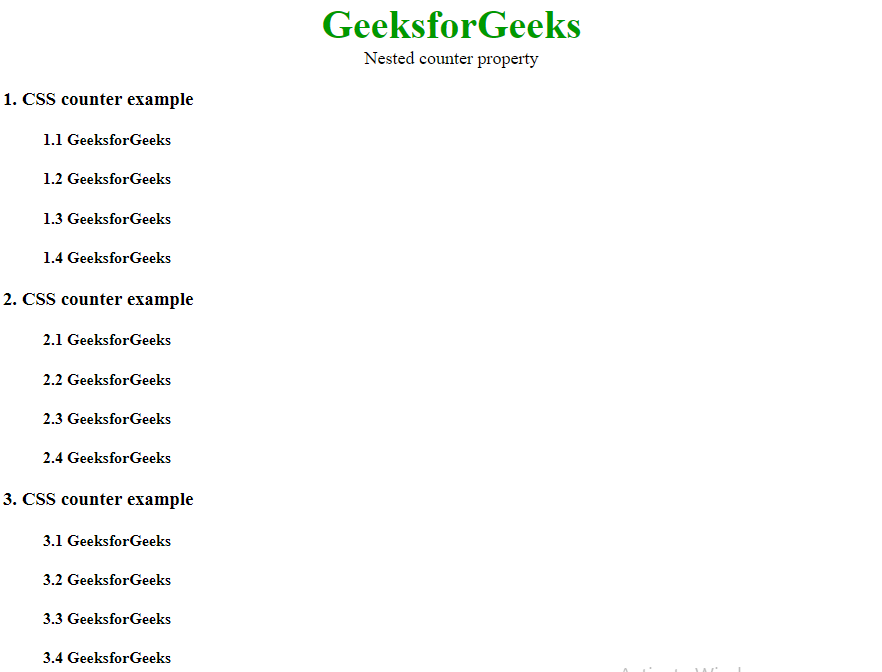 Previous
CSS | Styling Forms
Next
CSS | Website Layout
Related Articles
1. How to Reverse Custom Counters using CSS ?
2. Primer CSS Labels Counters
3. Primer CSS Box Headers with Counters
4. How to override the CSS properties of a class using another CSS class ?
5. Difference between CSS Grid and CSS Flexbox
6. Which CSS framework is better Tailwind CSS or Bootstrap ?
7. How to use CSS in different dimension (CSS-in-JS) ?
8. CSS Cheat Sheet - A Basic Guide to CSS
9. How to identify unused CSS definitions from multiple CSS files in a project ?
10. How to Play and Pause CSS Animations using CSS Custom Properties ?
Article Contributed By :