The border-image property in CSS is used to specify the border of an image. This property creates a border using an image instead of a normal border. The property contains three-part that are listed below:

The border-image property is used to slice an image into nine sections, like a tic-tac-toe board. 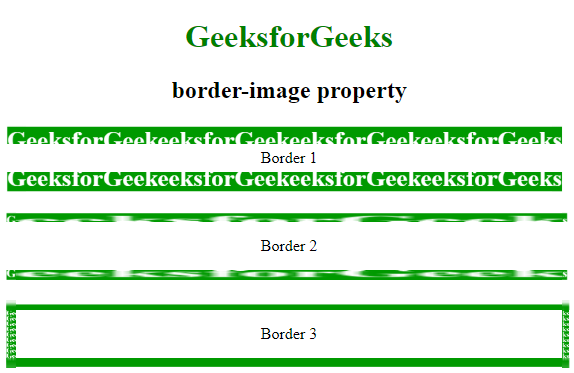 Supported Browsers: The browsers supported by border-image property are listed below: