We all very well know that Python offers us a very beautiful library named Matplotlib that has the support of numerous methods using which we can plot graphs and visualize our data. Many a time, we all want our plots to look appealing and become interactive at the same time. For that purpose, buttons can be added in our matplotlib plots that can be used to trigger some on-click events and make our plots interactive.

In this article, we will be reading about creating multiple buttons in Matplotlib using the Buttons widget. We will use these buttons to create certain events (here plotting different graphs) when they get clicked. Initially, we will be plotting a graph for y=x and then make three different buttons named Prev, Next, and Home.

As stated earlier, initially a graph will be plotted for y=x, for that, a list of x-values in the range of 0 to 1 using np.arange() function will be generated and then assigned the same values to y-variable as well and then made a subplot to plot this graph. To note, plt.subplots_adjust() function is used to position the plot, the left and bottom parameter set the padding from the left side and the bottom of the graph.  The initial graph will be displayed as: 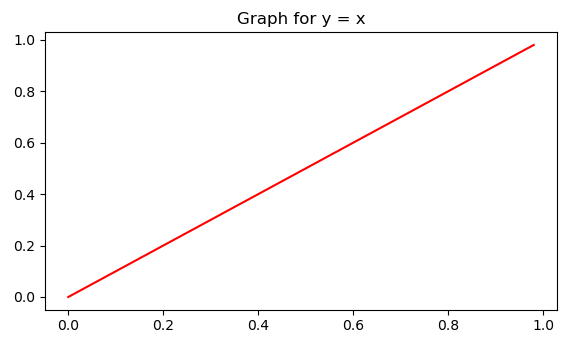 Now that we have plotted our initial graph, let’s start adding our buttons and proceed to the methodology to add the Home button and in the same manner other two can be added.

We have now made the button, but to make some events happen when they get clicked, we need to create some on-click events. It can be done using the on_clicked() method of the button. The on_clicked() method accepts a custom function as a parameter that describes what action will be performed when the button gets clicked.  For the Home button, plot1 is made as to the custom function which displays the graph of y=x which will be shown as: 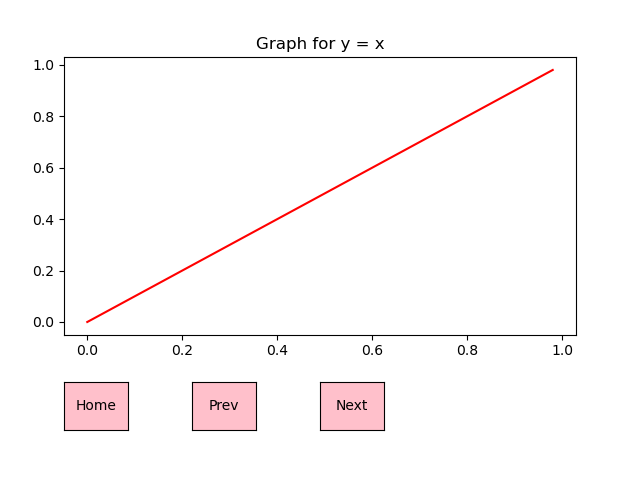 Similarly, the Prev button can also be made to display the graph for y =

when they get clicked, and it will be shown as 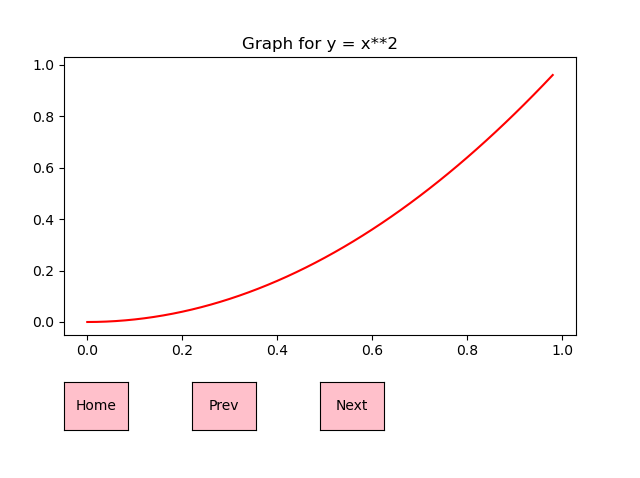 Similarly, the Next button is used to display the graph for y = 2x when they get clicked, and it will be shown as 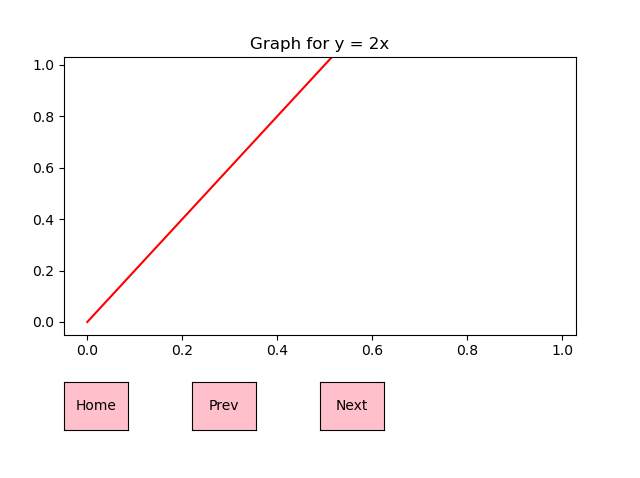