A heatmap is a two-dimensional graphical representation of data where the individual values that are contained in a matrix are represented as colors.

arg: dict of properties compatible with this constructor

colorscale: Sets the colorscale. The colorscale must be an array containing arrays mapping a normalized value to an rgb, rgba, hex, hsl, hsv, or named color string.

In plotly, it is possible to show the unequal sizes of the blocks as to make the data differentiate between each other to make it more clear while presenting as the data has different height and width compared to each other. 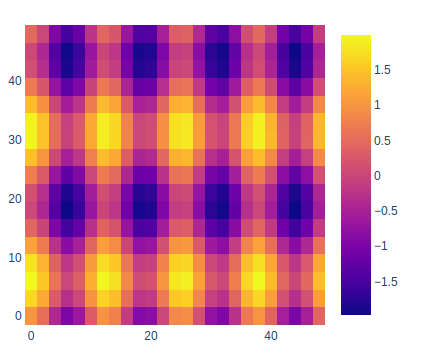