In this article, we will see how to create a GeeksforGeeks logo using HTML and CSS only.

Step 1: To create the GFG logo, first we take two divs (which are inline) and make circles with them. But the div elements are block-level that’s why we wrap both the divs with a wrapper div and make that div (wrapper) to display flex. Apply border with 10px solid colored green. You will get something like this. 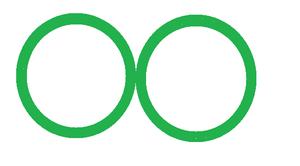 Step 2: Now create a triangle on both the circles using pseudo-element: “after” and absolute position property. After applying the triangle we will get the shape like this.

After applying the white background color into the triangles the result is : 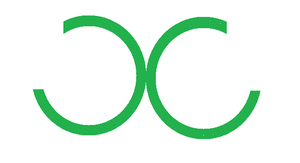 Step 3: Now using the pseudo-element :before and position absolute property, create a square. You can apply this rule to any of the circles. The resulting logo looks like this: 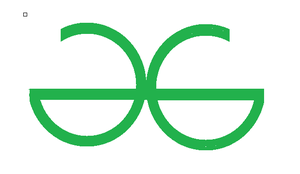 Step 1: Create two divs having classes named circle1 and circle2, and wrap them into a parent div having the class named wrapper.

Now assign the CSS property to the wrapper class.

And style both the circles 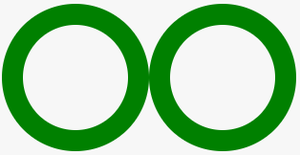 Step 2: Add the invisible triangles into both the circles using pseudo-element :after 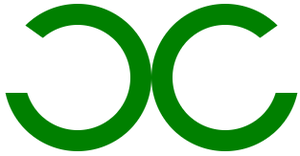 Step 3: Now add square onto the logo using before pseudo-element (we are not using after (pseudo-element) because we already used it for creating triangle).

The resulting logo is: 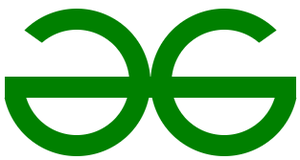 The code can be optimized:

Here is the optimized code for the above logo: