Progress bars at the top, showing scroll status are very common nowadays in webpages. Also, ReactJS and Material-UI go pretty well along with each other, React-JS being the most popular JavaScript framework for building UI components and Material-UI a library that provides various useful and reusable react components.

Step 2: After creating your project folder i.e. gfg, move to it using the following command.

Now, create a new file status.js and put a gfg logo ‘gfg.png’ in the src folder, 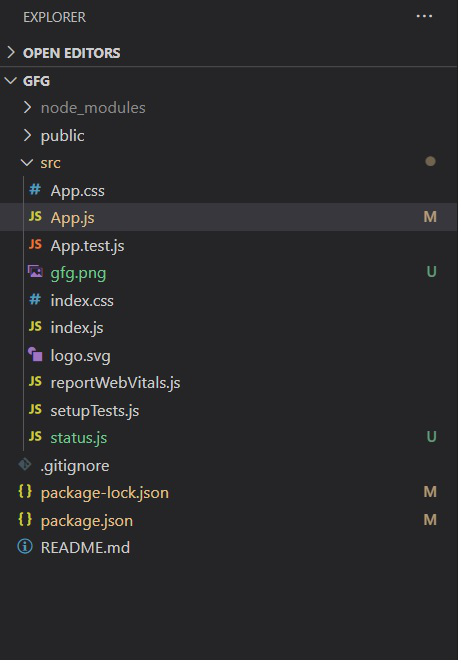 Progress bars in Material-UI are of two types:

We will use the Linear Determinate progress bar for displaying the scroll status of our app. The value prop of ‘LinearProgress’ component determines the value of the progress indicator between 0 to 100.

Adding state: We add a state ‘progress’ which is the variable controlling the length of the progress of our progress bar using the ‘State’ hook provided by React. ‘setProgress’ is the method that updates the value of this state variable.

Using the ‘Effect’ hook: The Effect Hook lets us perform side effects in functional components in react. It performs the effect method after every re-rendering of the component.