Count ways to distribute exactly one coin to each worker

Given two arrays coins[] and salaries[] where coins[i] represents the value of ith coin and salaries[j] represents the minimum value of the coin that jth worker will accept. The task is to compute the number of ways to distribute exactly one coin to each worker. Since the answer can be large, print it modulo 109 + 7.
Examples:

Previous
Check if the sum of a subarray within a given range is a perfect square or not
Next
Find a subarray of size K whose sum is a perfect square
Related Articles
1. Count of ways to distribute N items among 3 people with one person receiving maximum
2. Decision Trees - Fake (Counterfeit) Coin Puzzle (12 Coin Puzzle)
3. Make a fair coin from a biased coin
4. Count ways to distribute m items among n people
5. Ways to divide a binary array into sub-arrays such that each sub-array contains exactly one 1
6. Minimum moves taken to move coin of each cell to any one cell of Matrix
7. Number of ways to distribute N Paper Set among M students
8. Distribute R,B beans such that each packet has at least 1 R and 1 B bean with absolute difference at most D
9. Minimum number of chairs required to ensure that every worker is seated at any instant
10. Count ways to reach Nth Stairs by taking 1 and 2 steps with exactly one 3 step
Article Contributed By : 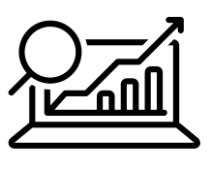