Given an array arr[] and a number K, the task is to count the number of pairs whose difference is less than or equal to the K, such that an element can only be considered in only one pair.
Examples: 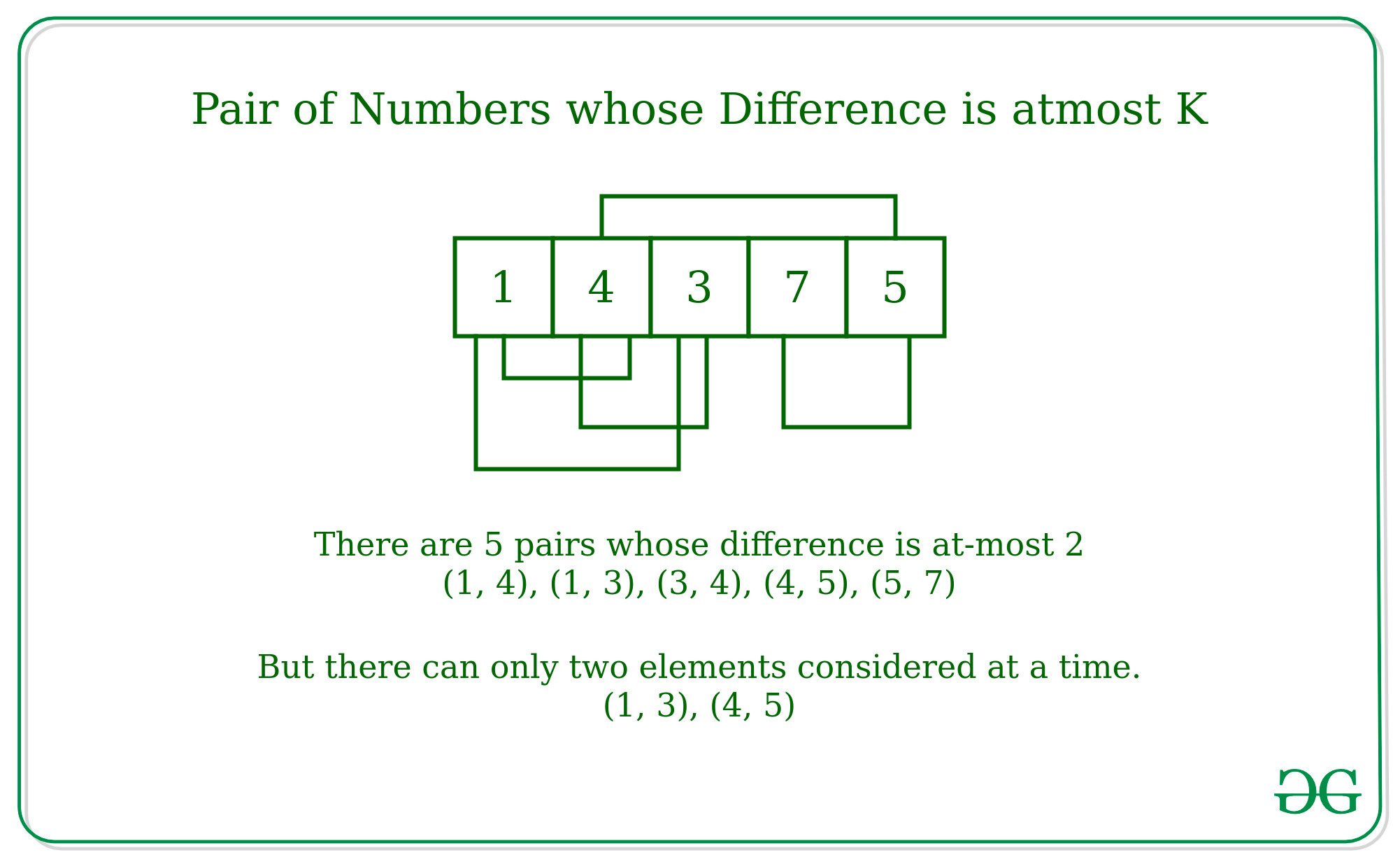 My Personal Notes arrow_drop_up
Recommended Articles
Page :
Count all distinct pairs of repeating elements from the array for every array element
10, Sep 20
Find the maximum cost of an array of pairs choosing at most K pairs
23, Apr 19
Print all repeating adjacent pairs in sorted order from an array
30, Sep 20
Count of pairs having bit size at most X and Bitwise OR equal to X
15, May 20
Minimum possible value T such that at most D Partitions of the Array having at most sum T is possible
21, Aug 20
Find the only repeating element in a sorted array of size n
14, Dec 16
k-th distinct (or non-repeating) element in an array.
19, May 17
Non-Repeating Element
16, Mar 18
Queries to check if any non-repeating element exists within range [L, R] of an Array
23, Jul 20
Find the first repeating element in an array of integers
15, Sep 14
Largest Non-Repeating Element
02, Dec 20
Count of pairs from arrays A and B such that element in A is greater than element in B at that index
26, Mar 20
Count of distinct possible pairs such that the element from A is greater than the element from B
04, May 20
Count of subarrays whose products don't have any repeating prime factor
04, Jul 17
Count of all unique substrings with non-repeating characters
26, Mar 20
Count of repeating digits in a given Number
04, Aug 20
Split array into subarrays at minimum cost by minimizing count of repeating elements in each subarray
09, Sep 20
Ways to form n/2 pairs such that difference of pairs is minimum
20, Nov 18
Count of numbers upto N having absolute difference of at most K between any two adjacent digits
14, Jul 20
Count ways to construct array with even product from given array such that absolute difference of same indexed elements is at most 1
04, Jan 21
Find the two repeating elements in a given array
09, Jun 10
Find the maximum repeating number in O(n) time and O(1) extra space
26, Mar 13
GCD of two numbers formed by n repeating x and y times
15, Jan 17
Find sum of non-repeating (distinct) elements in an array
31, Mar 17
first_page Previous
Delete Google Browser History using Python
Next last_page
Microsoft Summer Internship Off Campus 2020
Article Contributed By : 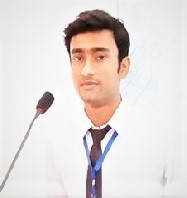