When our synthetic clothing or sweater remove from our bodies, especially in dry weather, a spark or crackling sound appears. With females’ clothing like a polyester saree, this is almost unavoidable. Lightning, in the sky during thunderstorms, is another case of electric discharge. It is an electric shock always felt while opening a car door or grabbing the iron bar of a bus after sliding out of our seats.

The cause of these sensations is the discharge of electric charges that have collected as a result of rubbing insulating surfaces. This is due to static electricity generation. Anything that does not have movement or change with time is referred to as static. The study of forces, fields, and potentials coming from static charges is known as Electrostatics.

Let’s now understand one of the basic and important laws of electrostatic called Coulomb’s Law as:

where k is proportionality constant and equals to 1/4πε0.

The symbol ε0 is called epsilon not, and it signifies permittivity of a vacuum. 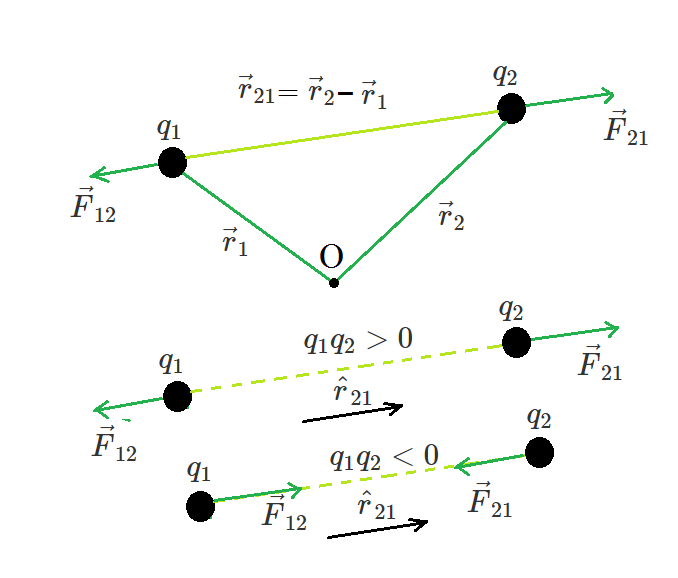 Geometry and Forces between charges.

Coulomb’s force law between two point charges q1 and q2 located at vector r1 and r2 is then expressed as, 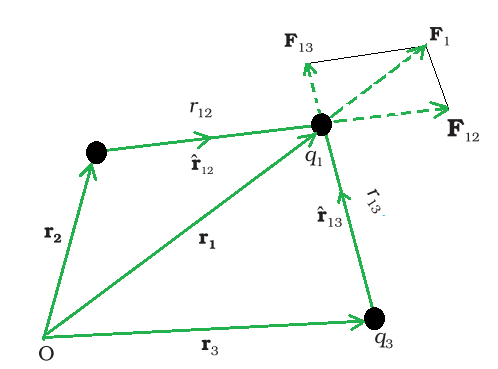 Similarly, F13 denotes the force exerted on q1 as a result of q3, which again is the Coulomb force on q1 due to q3 even though other charge q2 is present. 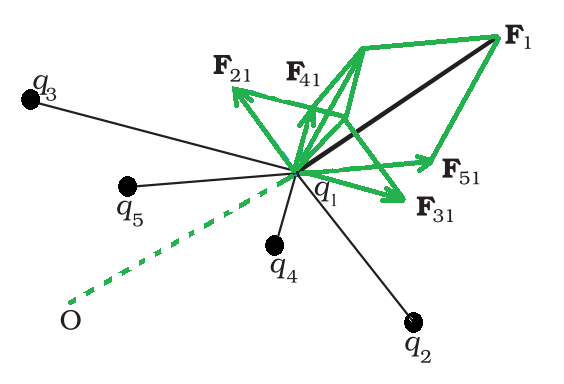 A system of multiple charges

where E is the electric field, F is the force and qT is the test charge.

Problem 1: Charges of magnitude 100 micro coulombs each are located in vacuum at the corners A, B and C of an equilateral triangle measuring 4 meters on each side. If the charge at A and C are positive and the charge B negative, what is the magnitude and direction of the total force on the charge at C? 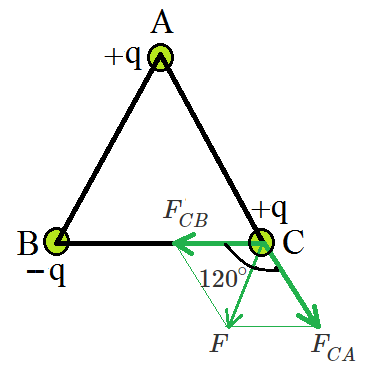 For subsequent simplicity, the constant k in the above expression is commonly written as

Problem 4: Why does Coulombs’ force act between two charges only in the line joining their centers?

Problem 5: Compare the nature of Electrostatic and Gravitational Forces.