In a plane, we know that we need two mutually perpendicular lines to locate the position of a point. These lines are called coordinate axes of the plane and the plane are usually called the Cartesian plane. But in real life, we do not have such a plane. In real life, to locate objects we need some extra information that as height. So now we need three things to locate a point in real life — x, y, and its height which is usually denoted by z. These are called coordinates with respect to three-dimensional space.

In the figure, we can see three planes intersecting each other. These planes are mutually perpendicular to each other. Lines XOX’, Y’OY and Z’OZ represent the intersection of all the planes with each other. These lines are called the x-axis, y-axis, and z-axis respectively, and they make the 3D rectangular coordinate system. 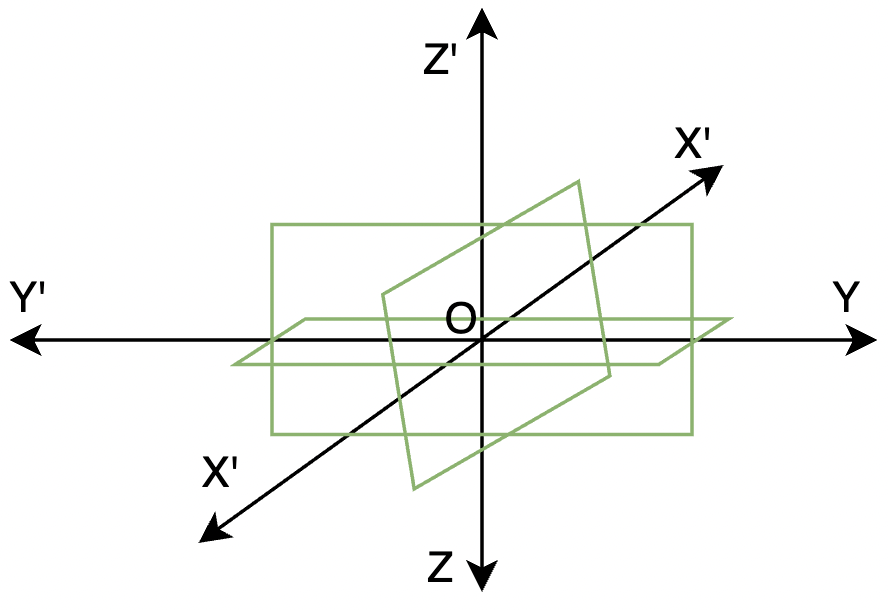 The planes XOY, YOZ, and ZOX are called XY-plane, YZ-plane, and ZX-plane respectively. The intersection of all the planes is called the origin. These planes divide the 3-D space into 8 octants.

Coordinates of a Point in Space 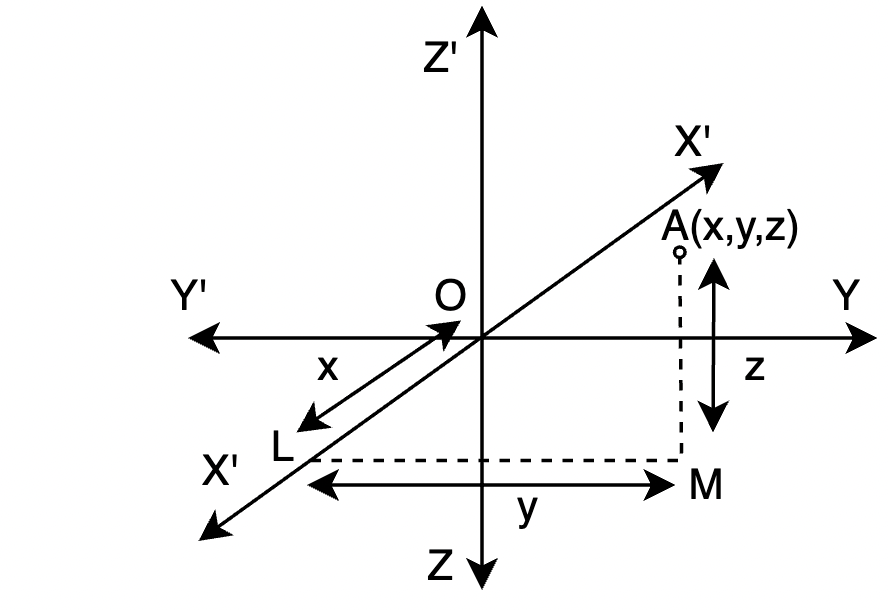 Thus, to any point that is present in the space, there exists an ordered triplet (x, y, z) which gives the position of that point in the space.

A plane is a 2-dimensional flat surface that extended infinitely far. It is a 3-dimensional analogous to a line 2-dimensions and a point in a one-dimensional space. It is hard to draw a plane, if we are writing something on paper, it is also a plane. We are writing on a plane. The figure below shows a plane in 3-d space. 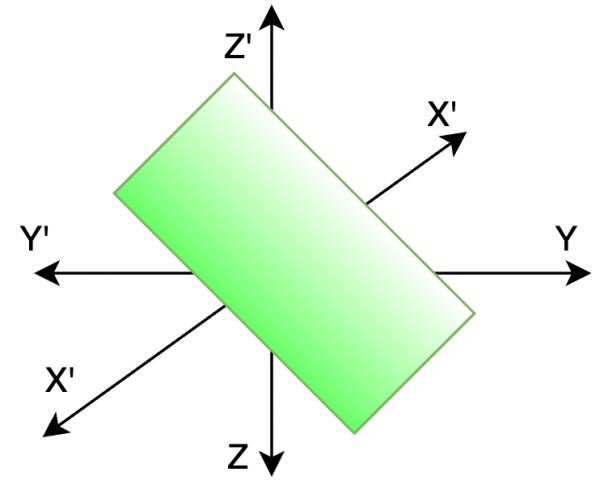 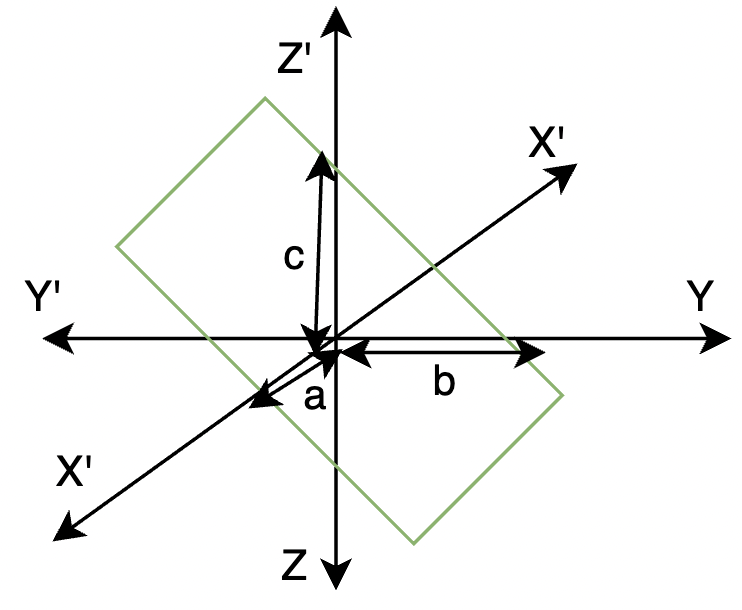 This is called intercept form of the equation of plane.

Question 1: Let’s say we have a point on the x-axis, what is its y-coordinate and z-coordinate?

In the figure, the point lies on x-axis. It can be noticed that it’s coordinates for y and z are equal to zero. 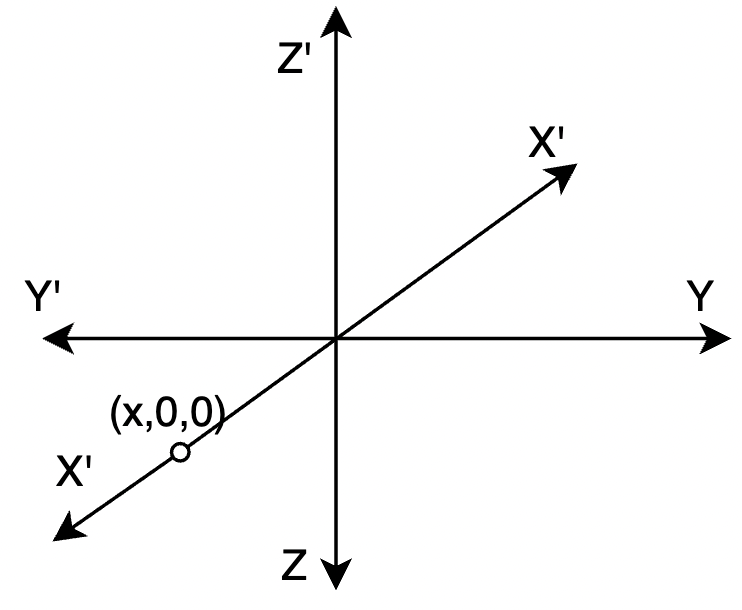 Question 2: Fill in the blanks:

2. All the coordinates planes divide the 3-D space into eight octants.

Question 6: In the figure given below, find the equation of the plane. 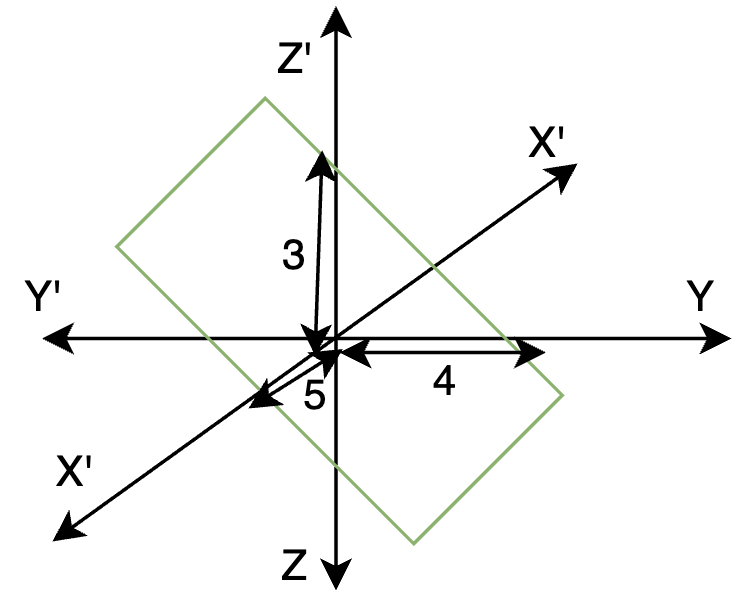 We know the intercept form of an equation of a plane. Let’s say we have a plane, it intersects the x-axis at “a”, y-axis at “b” and the z-axis at “c”. It’s equation is given by,

So, the equation of the plane becomes,