Managerial Control implies the measurement of accomplishment against the standard and the correction of deviations to assure attainment of objectives according to plans.

Control is the process of bringing about conformity of performance with planned action. 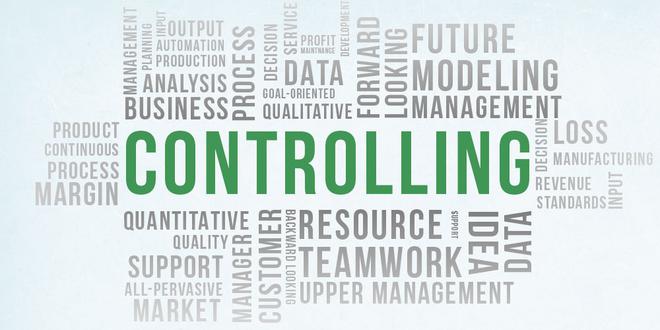 1. Controlling is a goal-oriented function of management. It aims at ensuring that the resources of the organisation are used effectively and efficiently for the achievement of pre-determined organisational goals.

2. Controlling is a continuous process. It means that once the actual performance and standard performance of a business are compared and corrective actions are taken, the controlling process does not end. Instead, the firms have to continuously review the performance and revise the standards.

3. Controlling is all-pervasive. It means that the controlling function is exercised by the firms at all levels of management. The extent of control and nature of the function may vary at every level. Also, a controlling process is required in both non-business and business organisations.

Controlling function is important for every organisation due to the following reasons: 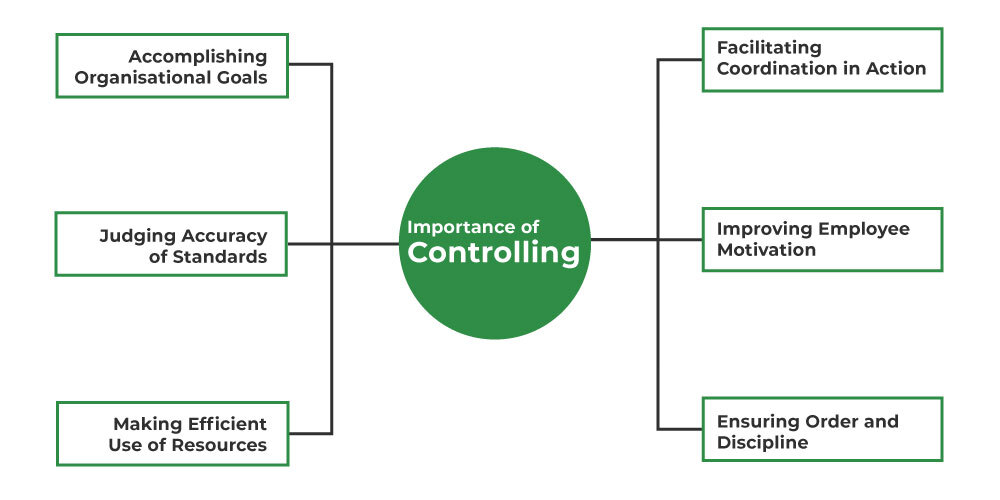 Controlling is a goal-oriented process as it aims at determining whether the pre-determined plans are being performed accordingly and whether required progress is made towards the achievement of the objectives. With the help of controlling, an organisation can keep the business activities on the right track and can achieve the organisational goals effectively and efficiently, and take the necessary corrective actions if required.

An effective controlling process can help an organisation in verifying whether or not the firm has set the standards accurate. It also helps in keeping a check on the changes taking place in the business environment and making required changes in the standards whenever it is necessary.

3. Making Efficient Use of Resources

Controlling helps an organisation in reducing wastage of resources, as it aims at ensuring that every activity of the firm is performed according to the pre-determined goals.

An efficient control system in an organisation can help its managers in creating an atmosphere of discipline and order in the firm. Besides, controlling also helps in keeping a continuous check on the employees so they can minimise undesirable activities, such as theft, corruption, fraud, etc.

Controlling process also helps an organisation in facilitating coordination between different divisions and departments by providing the employees with unity of direction. In other words, every employee and department of the organisation is governed by a pre-determined set of goals. It also motivates employees in achieving these common goals through coordination to avoid duplication of efforts.

Features of a Good Control System

Controlling is an expensive process, which means that every employee’s performance has to be measured and reported to the higher authorities, which requires a lot of costs, time, and effort. Because of this reason, it becomes difficult for small business firms to afford such an expensive system. Besides, a controlling system is effective only when the benefits gained from it exceed the expenses made on them.