In controlled access, the stations seek information from one another to find which station has the right to send. It allows only one node to send at a time, to avoid collision of messages on shared medium. The three controlled-access methods are: 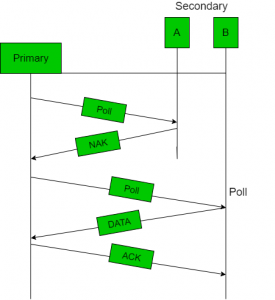 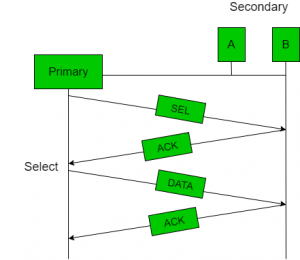 Efficiency Let Tpoll be the time for polling and Tt be the time required for transmission of data. Then, Performance Performance of token ring can be concluded by 2 parameters:-