You can also use this online telnet client.

Steps to Construct a simple HTTP request on TCP protocol :

The default port for HTTP is 80 and the telnet command has us connected to the HTTP port on the geeksforgeeks.org server. We can start sending HTTP requests to the server now.

Below given is the screenshot for your reference that shows the HTTP request specification. 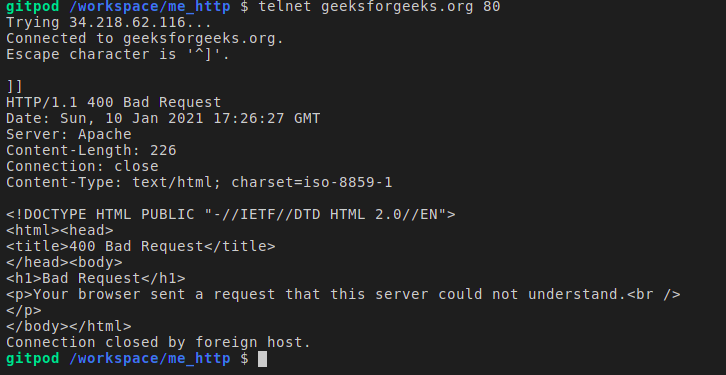 We can also analyze Network packets using Wire shark this will be done by you.