To model an enterprise more accurately, there are some constraints that are applicable onto the database on the particular generalization. 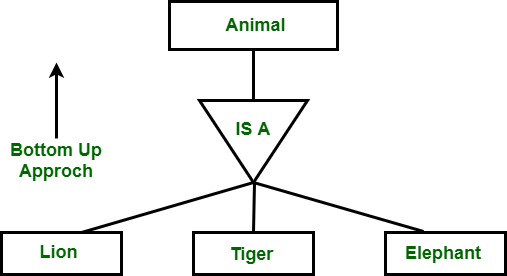 There are three types of constraints on generalization which are as follows:

1. First one determines which entity can be a member of the low-level entity set:

Such kind of membership may be one of the following:

2. Second relates to whether or not entities belong to more than one lower-level entity set :

Following is one of the lower-level entity sets:

This constraint may be one of the following:

My Personal Notes arrow_drop_up
Previous
Disk Defragmentation in Operating System
Next
Java Program to Determine Hostname from IP Address
Recommended Articles
Page :
Difference between Entity constraints, Referential constraints and Semantic constraints
15, Sep 20
Generalization, Specialization and Aggregation in ER Model
11, Oct 17
Difference between Generalization and Specialization in DBMS
19, May 20
Basic approaches for Data generalization (DWDM)
10, Oct 20
SQL | Constraints
11, Jan 17
Violation of constraints in relational database
09, May 20
Constraints on Relational database model
15, May 20
Structural Constraints of Relationships in ER Model
11, Jun 20
Domain constraints in DBMS
25, Aug 21
What is Data Normalization and Why Is It Important?
04, Oct 21
What is SQL?
04, Oct 21
How to Show Schema of a Table in MySQL Database?
23, Sep 21
Article Contributed By :