In this article, the various functions of the const keyword which is found in C++ are discussed. Whenever const keyword is attached with any method(), variable, pointer variable, and with the object of a class it prevents that specific object/method()/variable to modify its data items value.

There are a certain set of rules for the declaration and initialization of the constant variables: 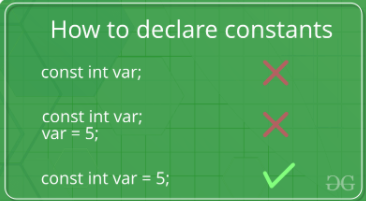 The error faced for faulty declaration: If you try to initialize the const variable without assigning an explicit value then a compile-time error (CTE) is generated.

When the pointer variable point to a const value:

Explanation: Here in the above case, i and j are two pointer variables that are pointing to a memory location const int-type and char-type, but the value stored at these corresponding locations can be changed as we have done above.

Otherwise, the following error will appear: If we try to modify the value of the const variable.

When the const pointer variable point to the value:

Below is the example to demonstrate the above concept:

Otherwise, the following error will appear: The pointer variables are const and pointing to the locations where the x and y are stored if we try to change the address location then we’ll face the error.

When const pointer pointing to a const variable:

In nutshell, the above discussion can be concluded as follows:

There are two ways of a constant function declaration:

A const member function of the class:

Below is the example of a constant function:

A function() parameters and return type of function() can be declared as constant. Constant values cannot be changed as any such attempt will generate a compile-time error.

Below is the C++ program to implement the above approach:

Explanation: The following error will be displayed:

For const return type: The return type of the function() is const and so it returns a const integer value to us. Below is the C++ program to implement the above approach:

There is no substantial issue to pass const or non-const variable to the function because the value that will be returned by the function will be constant automatically. As the argument of the function is non-const.

Explanation: Here, both const and non-const values can be passed as the const parameter to the function, but we are not allowed to then change the value of a passed variable because the parameter is const. Otherwise, we’ll face the error as below:

// y=9; it’ll give the compile-time error as y is const var its value can’t be changed. 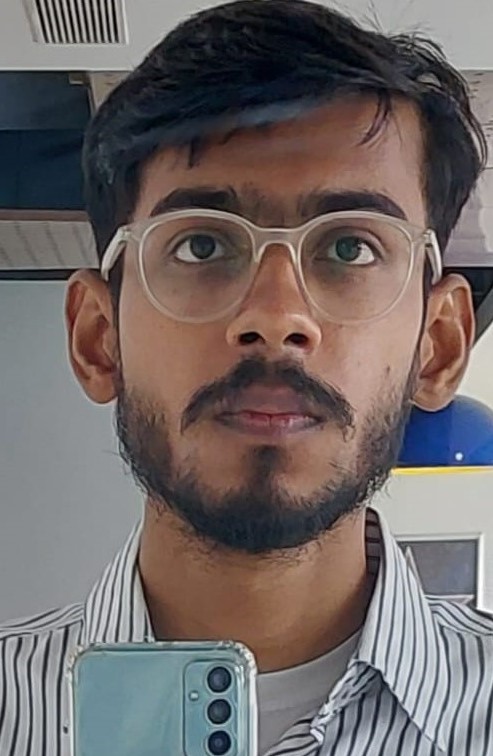