Connection Between Ring and Bus topology in Cisco

In a Ring topology, there is a circular data path. Each of the devices is connected to two other devices in the network. Data is transmitted from sender to receiver by passing it from one device to another until the receiver device is reached. If any of the connection is broken then the whole network crashes because they are connected sequentially. Bus topology is a type of network topology in which all the devices are connected to a single cable which is called the backbone of the network. It consists of a terminator at each end of the cable.

In this article, we will know about how to implement a Topologies connection between 2 LAN/Topologies in Cisco Packet Tracer. Below are the steps to configure and verify the connection between two LANs in the Cisco packet tracer you can also refer to the article LAN Technologies | ETHERNET to know more about the local area networks.

Step 1: First, open the cisco packet tracer desktop and select the devices given below:

IP Addressing Table for PCs of LAN1 and LAN2:

Representation of the topologies should look like the image given below: 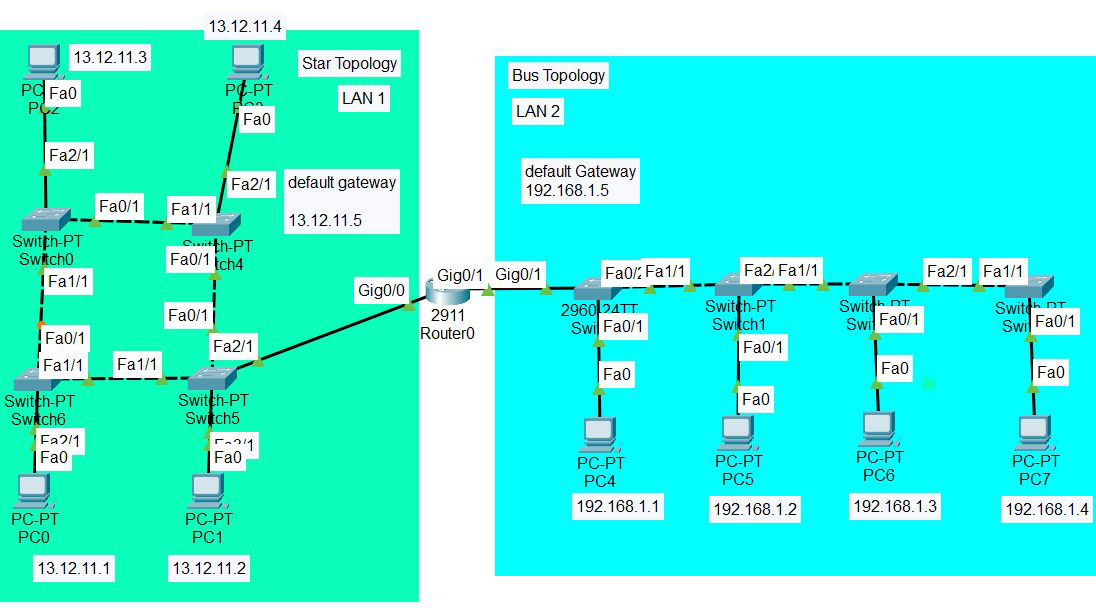 Step 2: Configure the PCs (hosts) with IPv4 address, Subnet Mask, and Default gateway according to the IP addressing table above. 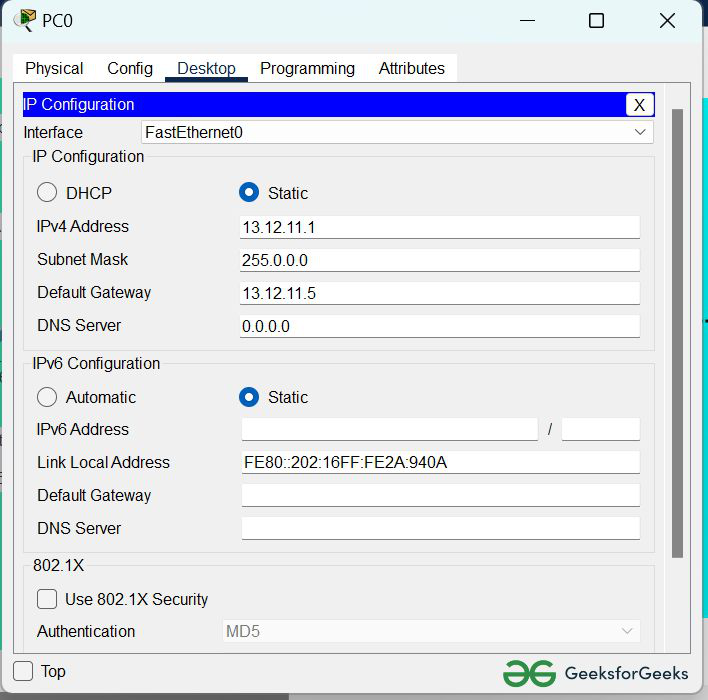 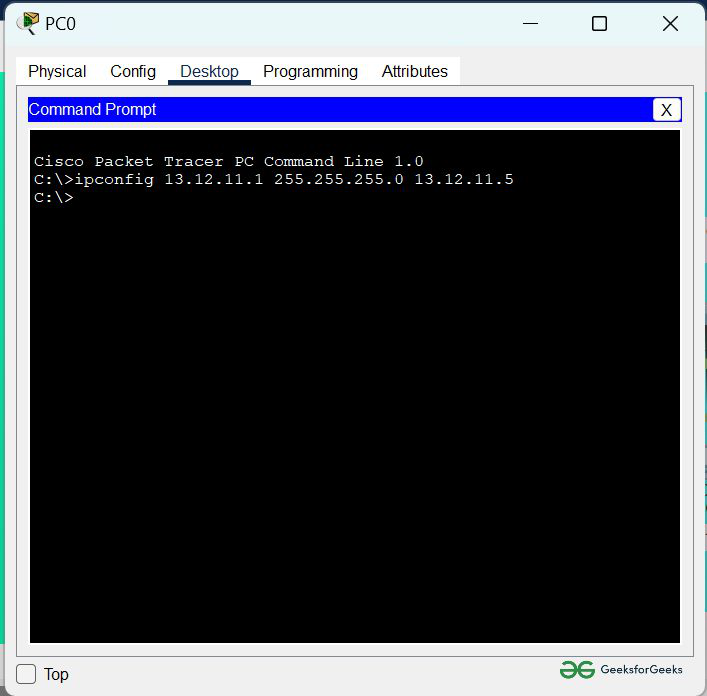 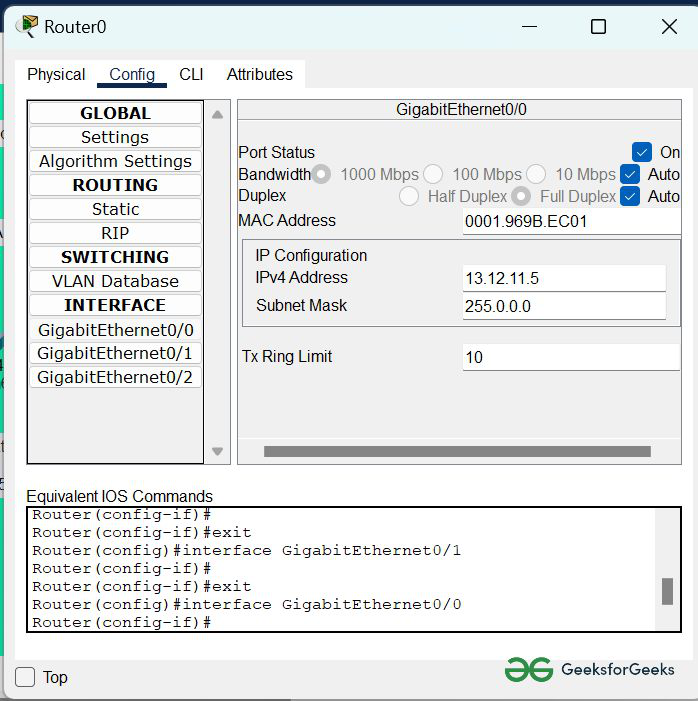 Step 5: Verifying the network by pinging the IP address of any PC. We will use the ping command to do so. 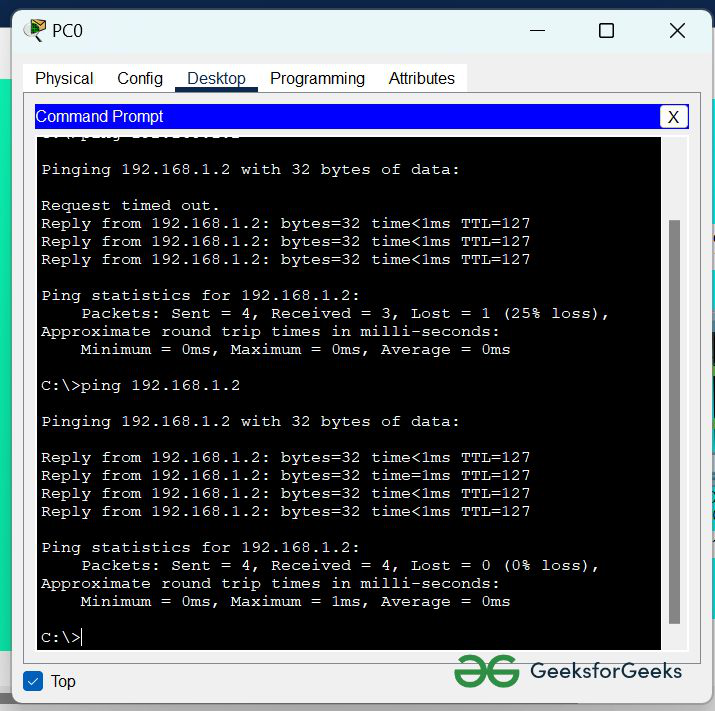