Configuring RIP Versions 1 and 2 in Cisco

Routing is a process of finding a path and then sending packets across networks, the device which performs these functions is called a router.

Dynamic Routing Algorithms are based on Distance Vector or Link State routing. RIP is a Dynamic, Distance Vector Routing protocol. RIP v2 has support for classless IPs and uses multicast.

Configuration of RIP Versions 1 and 2 in Cisco:

Step 1: Open Cisco Packet Tracer ( log in if not already done so ).

Step 2: From the Network Devices category, select routers, and from the devices drag 4 2911 routers into the workspace ( we can choose any Routers, but we’re choosing 2911 for the number of ports available so that modules aren’t required )

Step 3: Select the End Devices sub-category from End Devices, and drag 3 PCs into the workspace. 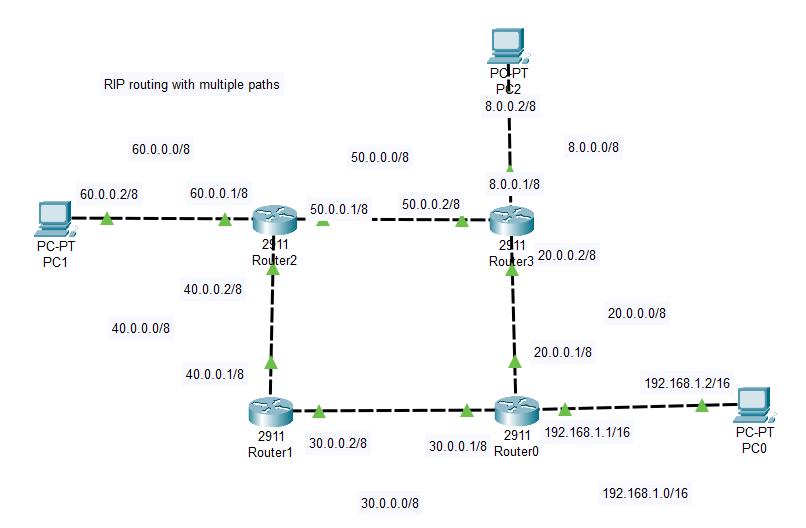 Step 5:  Assign IP addresses to PCs and Router interfaces according to the topology in the above image.

Step 6: Now for configuring routing, first click Router 0, navigate to the CLI tab, enter no for entering initial configuration mode if prompted, and then enter the following commands on the CLI prompt to configure RIP version 1.

For enabling RIP for a particular connected network:

Step 7:  Similarly configure other routers, Router1, Router2, and Router3 according to connected networks using the above commands as a reference and using their specific neighbor network IPs in the above-mentioned syntax.

Step 8:  Test the connection by using the ping utility in the command prompt in a PC to reach another PC in other networks, the first packet might possibly not reach as it takes time for config to apply. The output might be similar to the image shown below. 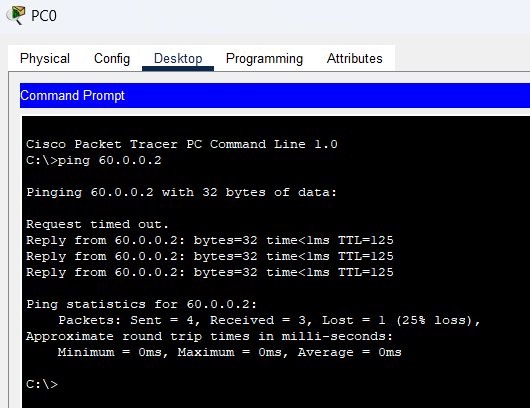 Step 9: The packet’s route can be seen using a simulation model as shown below.

We can observe above that the packet takes the route according to the RIP metric of least hop count in the illustration above.

Now we have to check out RIP v2.

Step 2: Select the Network Devices category and drag 2 2911 routes from the Router sub-category into the workspace.

Step 3: Connect all devices using crossover with the cables as shown below. 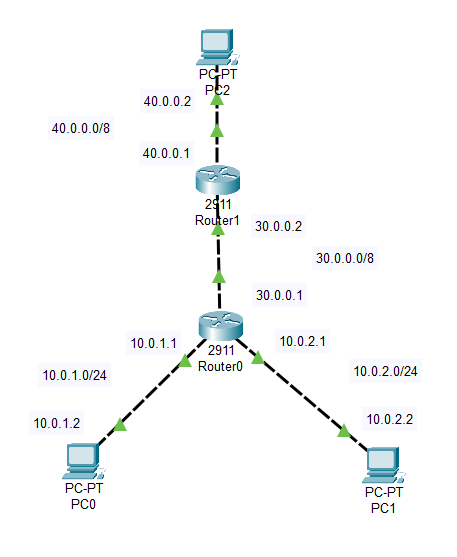 Step 4: Assign IPs to PCs using the same method as described in the previous section. 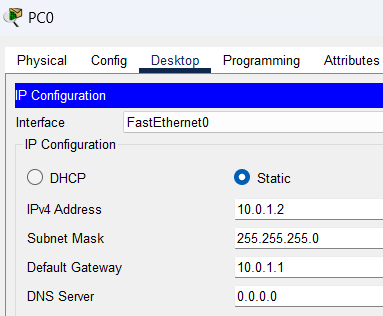 Step 5:  Configure Router interface IPs according to the above topology diagram using the same commands described in the previous section.

Step 6: Now for Routing using RIP v2, open the CLI in routers and enter the following commands, for Router 0.

and similarly, configure RIPv2 on other routers using the same syntax with their directly connected networks.

Step 7: Connectivity can be confirmed by ping utility, below is an example where we ping PC2 using PC0. 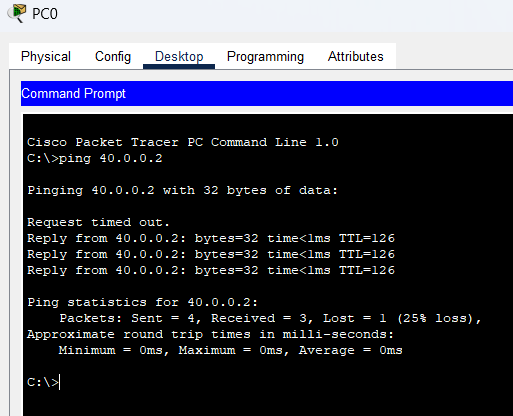 We can see the only difference in configuring RIPv1 and RIPv2 is the command version 2, which enables RIP version 2 in rip config mode. In terms of capabilities, RIPv2 has support for classless subnetting as its main advantage.