Configure IP Address For an Interface in Cisco

The interface is the port at which the router connects to a given network. It acts as an entry or exit point for data that is to be transmitted through the router. Every interface must be labeled or assigned an IP address, which should be unique among all the IP addresses in the network.

In Cisco Packet Tracer, to understand the process of assigning IP addresses, we will be using routers. This is because a router has many interfaces to connect to different networks and also after configuring a router by any routing protocol(RIP, static routing, etc.), we can observe how an interface and an IP address work in a router.

Steps to configure an IP address for an interface of a router in Cisco Packet Tracer: 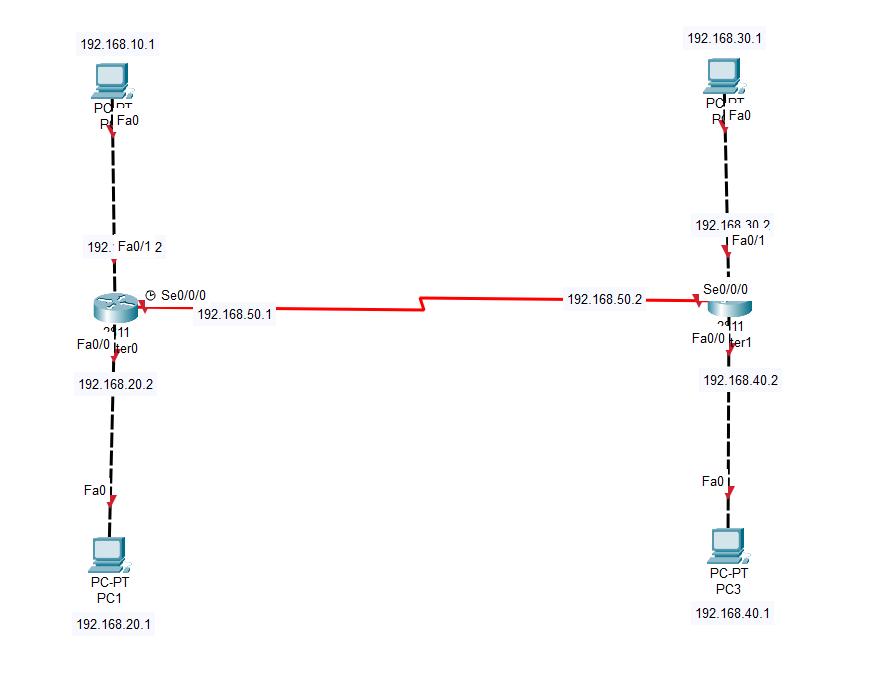 Step 2: In Cisco Packet Tracer, assigning IP addresses to an interface of a router can either be done through the command line or the GUI mode. Both of them are discussed as follows:

Interface [label of the interface]:

Following is the image of the command line of the router after configuring all interfaces: 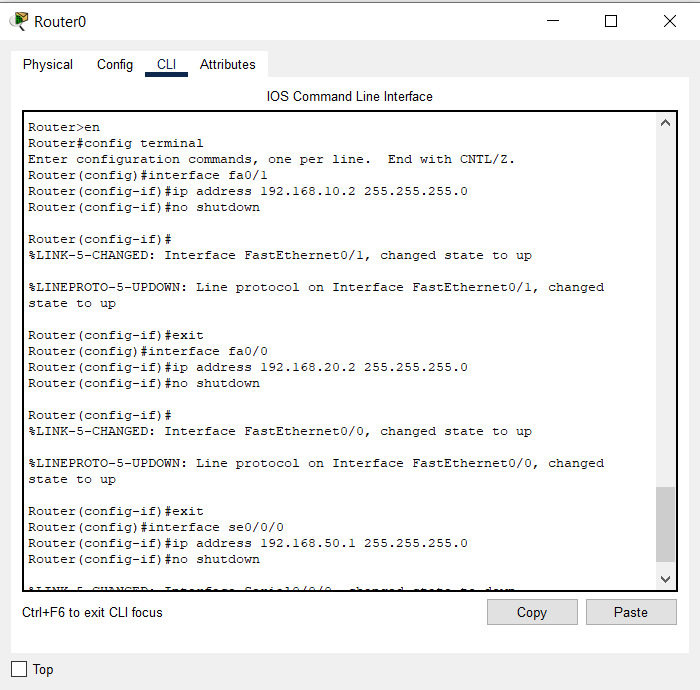 For a better understanding of the process, you may refer to the following simulation: 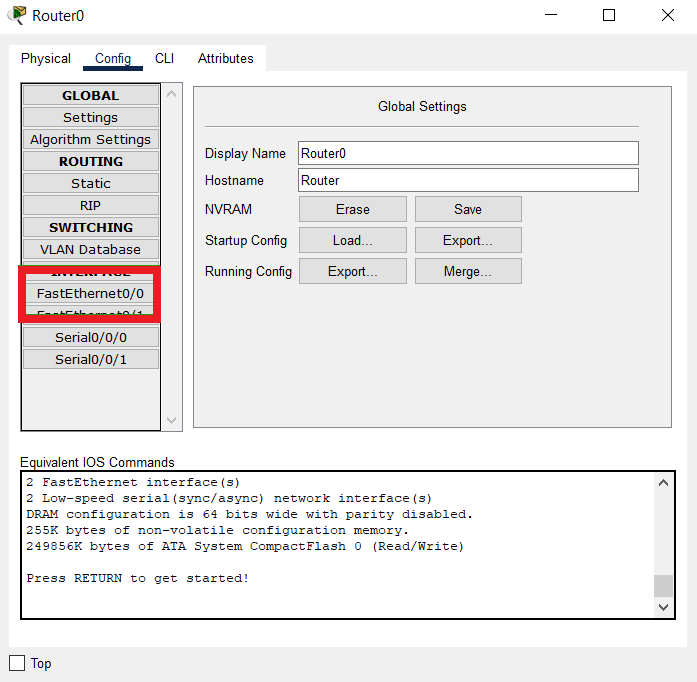 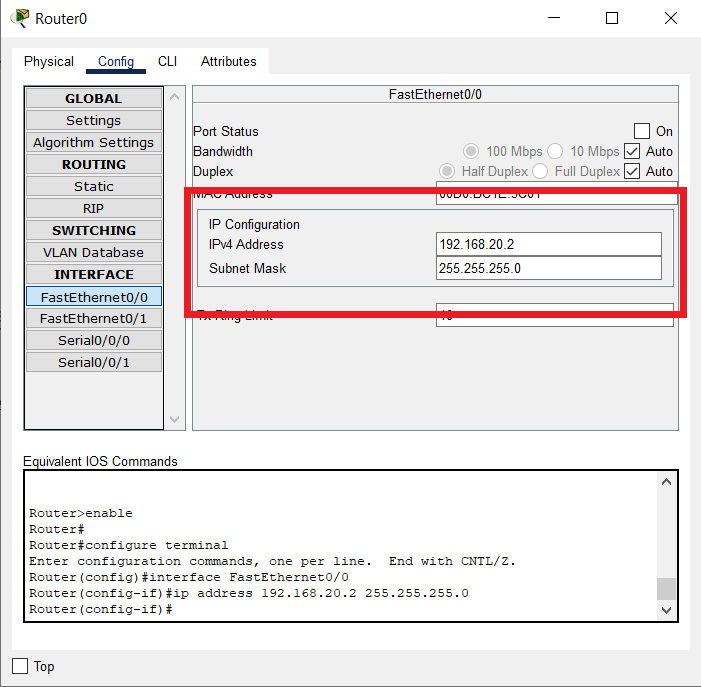 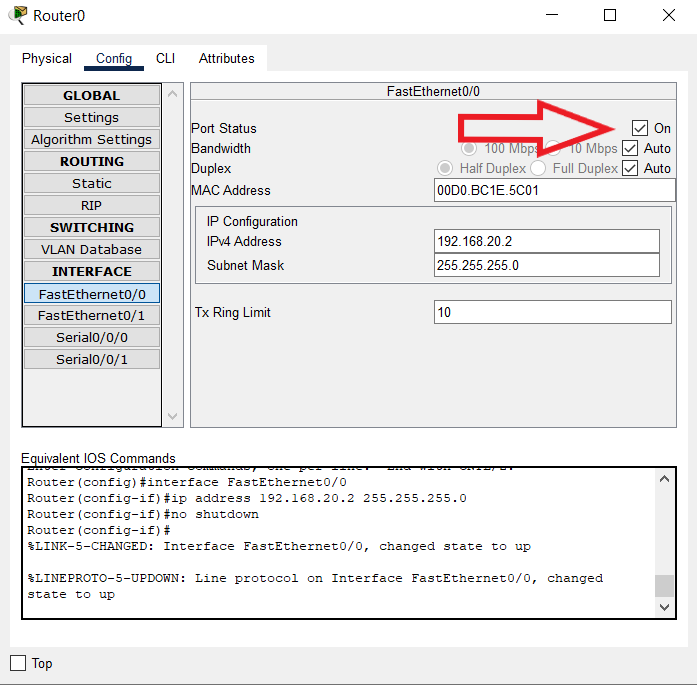 The interface of the router has been assigned an IP address.