A conditioning plot or co-plot or subset plot is a scatter plot of two variables when conditioned on a third variable. The third variable is called the conditioning variable. This variable can have both values either continuous or categorical. In the continuous variable, we created subsets by dividing them into a smaller range of values. In categorical variables, the subsets are created based on different categories.

Let’s take three variables X, Y and Z. Z be the variable which we divided into the k groups. Here, there are many ways in which a group can be formed such as:

Then, we plot n rows and m columns matrix where n*m >= k. Each set of (row, column) represents an individual scatter plot, in which each scatters plot consists of the following components.

where, points in the group corresponding to row i and column j are used.

The conditioning plot provides the answer to the following questions:

Conditional Plot on the basis of Sex

Conditional Plot on the basis of Passenger_Class 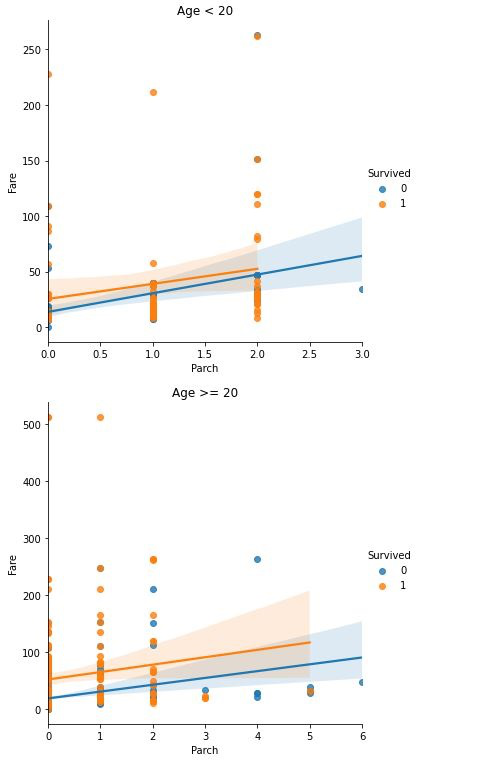 Conditional Plot on the basis of Age