Conditional or Ternary Operator (?:) in C/C++

Syntax:
The conditional operator is of the form

Or the syntax will also be in this form

Or syntax will also be in this form

It can be visualized into if-else statement as: 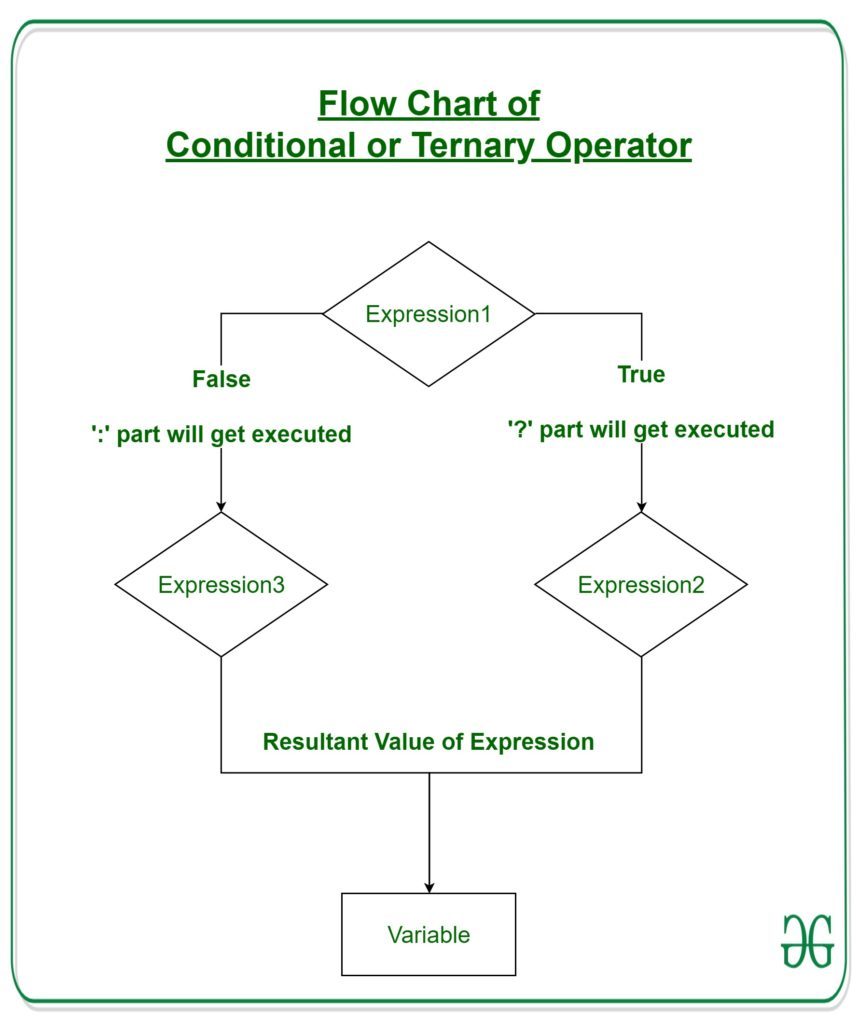 Example 1: Program to Store the greatest of the two Number.

Example 2: Program to check whether a year is leap year or not.