Excel provides us the flexibility to combine the data from two or more columns into singular column data. For example: Joining the First Name, Middle Name, and Last Name of a person into a single column Full Name. There are two ways in which we can concatenate two or more cell data or texts :

The keyword used to combine these texts is “CONCATENATE”. However, in the recent 2016, 2019 version of Excel, the keyword is replaced with “CONCAT”.

In this article, we are going to see how to concatenate two or more cells in Excel with few examples using the above-listed methods and also differentiate between the two methods.

The CONCAT( ) or CONCATENATE( ) helps to combine the contents of two or more cells into a singular content.

Some important points to be noted about CONCATENATE function in Excel are : 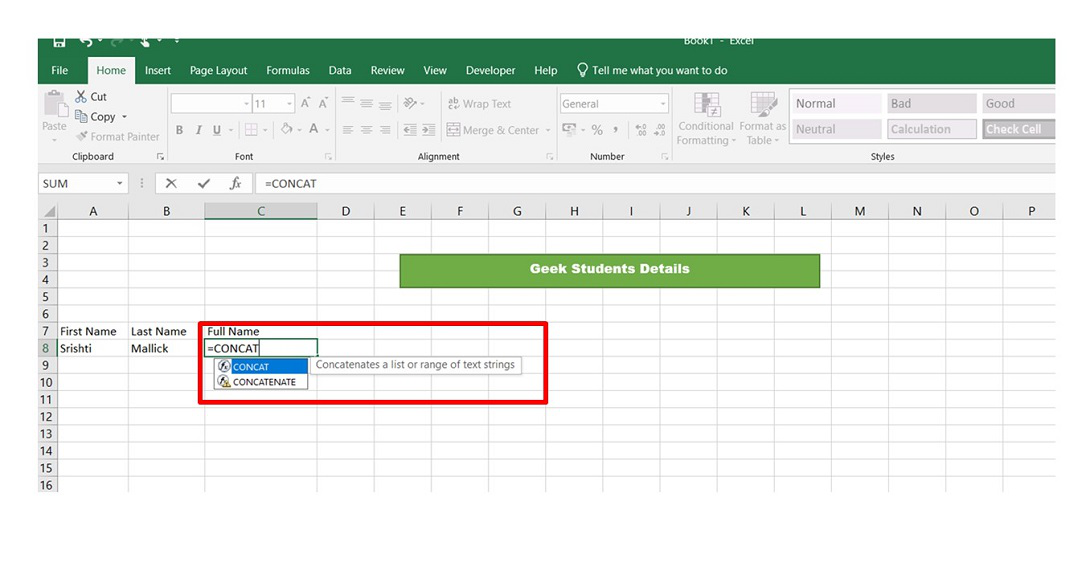 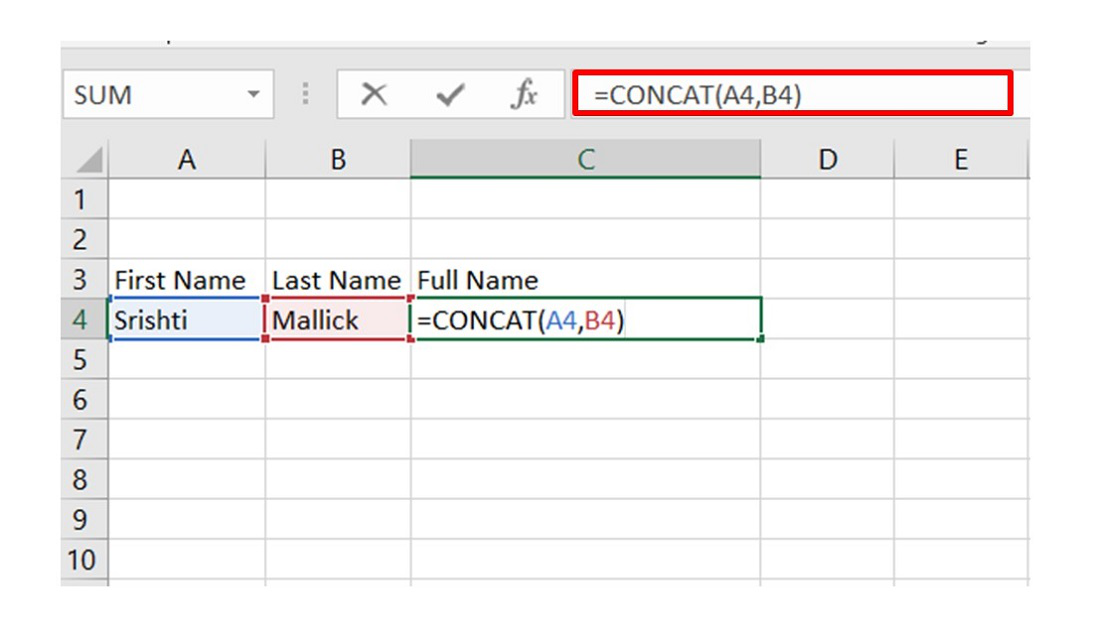 Now, suppose if we have the “First Name” and “Last Name” data of 1000 students. In the column “Full Name” for the first record, we can write the above statement to concatenate the two cells. Now, simply drag the “Auto Fill Options” from the first student of Full Name column to the last. This will automatically fill in the Full Name of various students. This is the benefit of CONCATENATE( ) else one would have to manually enter the record for 1000 students which are cumbersome. 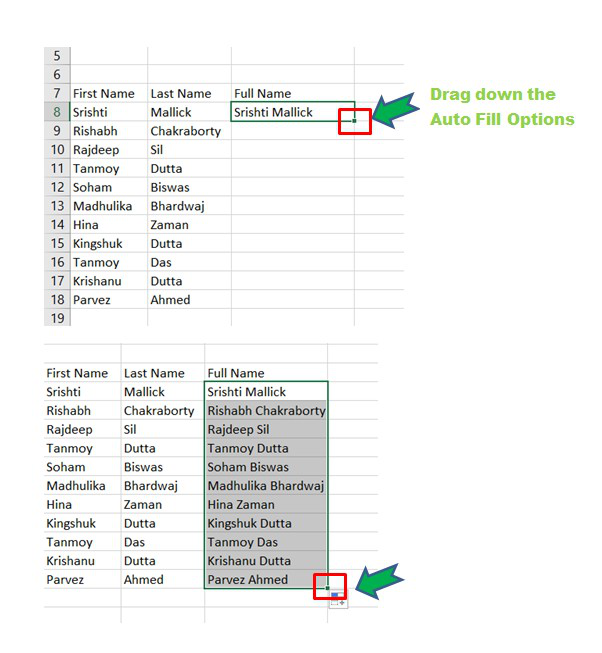 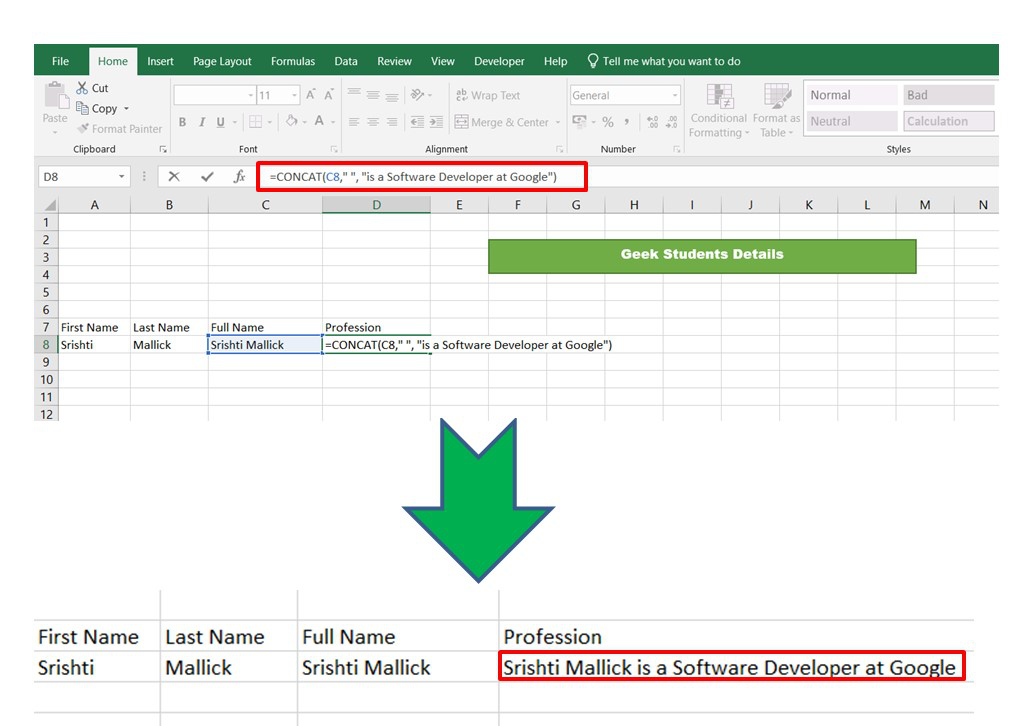 Example 3: We can include any symbol, space, no space between two cell values as per requirements while concatenating. 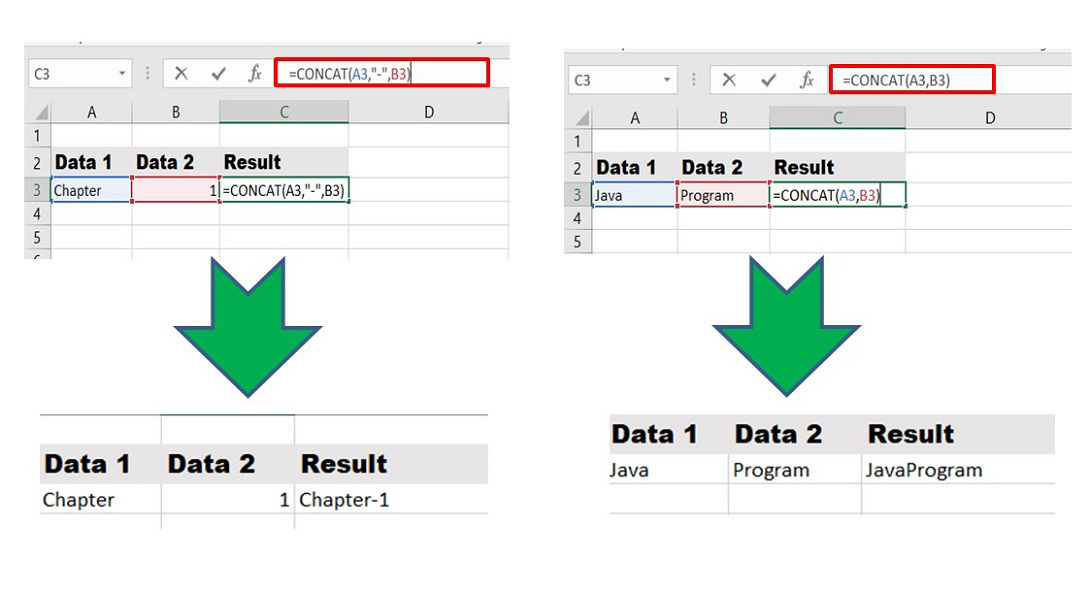 Using the “&” Operator For Concatenation

The ampersand symbol “&” is an alternate way to concatenate two or more texts in Excel. It is easier and less time-consuming as compared to the above method as there is no need to type the entire keyword for concatenation. The syntax is : 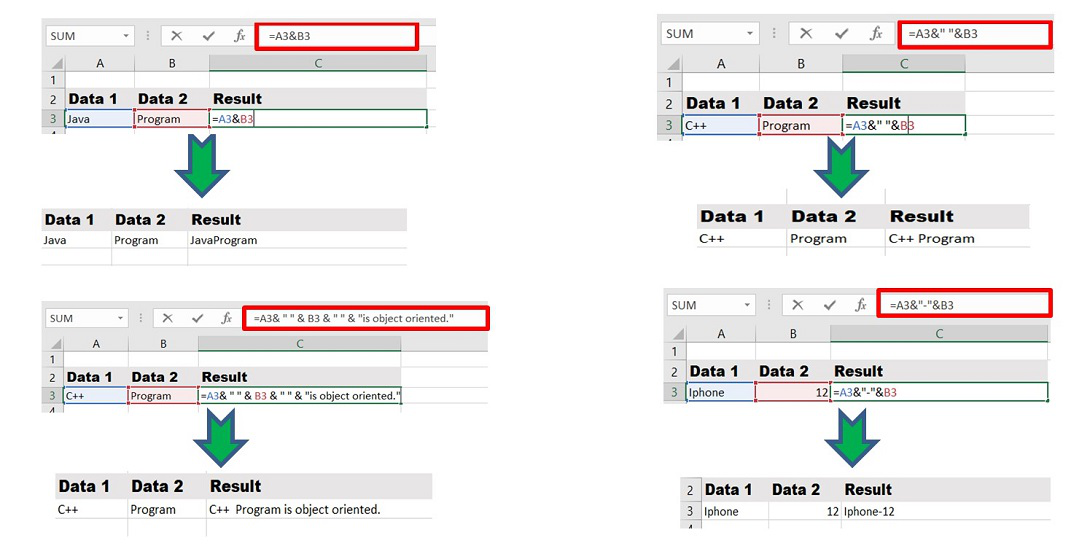 In this way, using the above two methods we can perform various concatenations in Excel. The only difference between these two methods is that there is no limit of 255 strings in the case of “&” operator. We can concatenate as many strings as we want. Both are having the same speed and display the same value in the form of text and show the same error message during faults. It boils down to one choice to use either of the above two methods based on one’s comfort.

Previous
Introduction to MS-Excel
Next
Data Formatting in Excel
Related Articles
1. How to Concatenate with a Line Break in Excel?
2. How To Concatenate Columns With Alt + Enter In Excel?
3. Editing Excel Macros in Excel
4. Scenario Manager in Excel
5. Excel VBA | count() functions
6. How to Sum Diagonal Cells in a range in Excel?
7. Introduction to MS-Excel
8. How to Find Duplicates in Excel?
9. How to Use for Each Loop in Excel VBA?
10. How to Hide the Zero Values in Excel?
Article Contributed By :