Computer scientist vs Programmer vs Developer vs Hackers 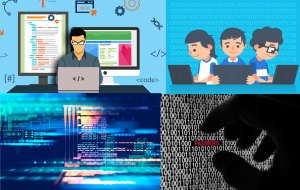