Mr. John Warnock proposed an area subdivision algorithm, that’s why also known as the Warnock algorithm. This algorithm extensively uses the concept of area coherence in computing the visible surface in the scene, which is closer to the viewing plane, area coherence avoids the computation of the visibility detection of the common surface, that has already been computed in the earlier step, so no need to recompute it. That’s all the area coherence does.

The area subdivision algorithm is based on the divide and conquers method where the visible(viewing) area is successively divided into smaller and smaller rectangles until the simplified area is detected. Consider given with the window panel, where the polygon will be projected, is as follows: 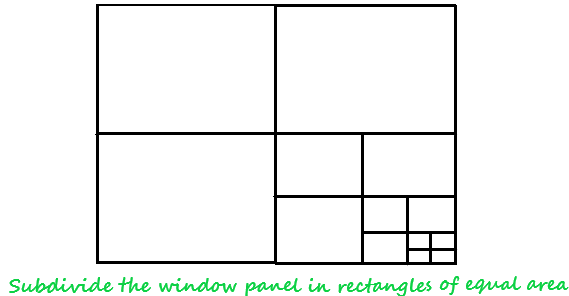 When we subdivide the window panel against the polygon we may come through the following cases which are as follows: 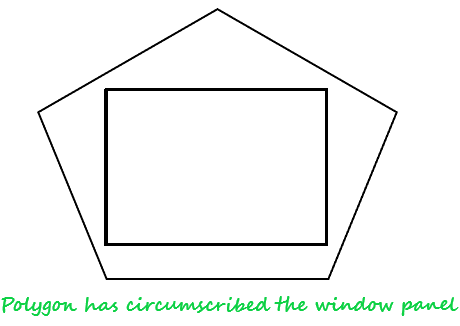 2. Overlapping(Intersecting) surface: It’s the case in which the window panel(viewport) and viewing polygon surface both intersect each other.

3. Inside(contained) surface: In this case, in which the whole polygon surface is inscribed inside the window panel. This case is just opposite to the first(surrounding surface) case.

4. Outside(disjoint) surface: In this case, the whole polygon surface is completely outside the window panel.