Generally, Computer animation is a visual digital display technology that processes the moving images on screen. In simple words, it can be put or defined as the art or power of giving life, energy and emotions etc. to any non-living or inanimate object via computers. It can be presented in form of any video or movie. Computer animation has the ability to make any dead image alive. The key/main concept behind computer animation is to play the defined images at a faster rate to fool the viewer so that the viewer should interpret those images as a continuous motion of images.

Computer Animation is a sub-part or say small part of computer graphics and animation. Nowadays, animation can be seen in many area around us. It is used in a lot of movies, films and games, education, e-commerce, computer art, training etc. It is a big part of entertainment area as most of the sets and background is all build up through VFX and animation. 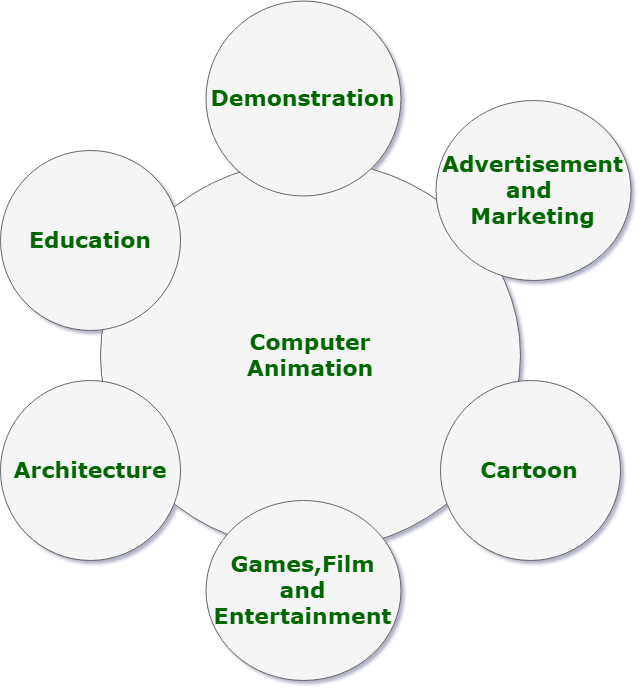