Data Communication is defined as exchange of data between two devices via some form of transmission media such as a cable, wire or it can be air or vacuum also. For occurrence of data communication, communicating devices must be a part of communication system made up of a combination of hardware or software devices and programs.

All above mentioned elements are described below: 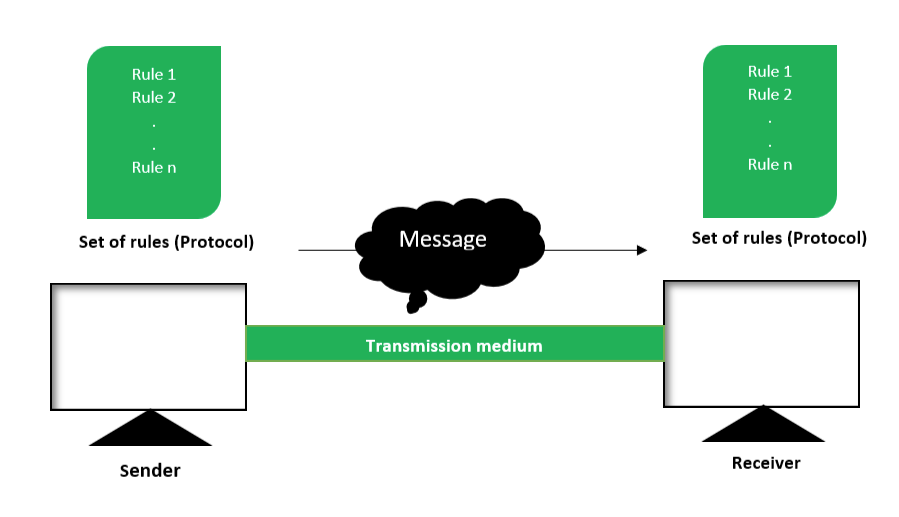 A typical example of a data communication system is sending an e-mail. The user which send email act as sender, message is data which user wants to send, receiver is one whom user wants to send message, there are many protocols involved in this entire process, one of them is Simple Mail Transfer Protocol (SMTP), both sender and receiver must have an internet connection which uses a wireless medium to send and receive email.