Component Diagrams are used to show code modules of a system in Unified Modeling Language (UML). They are generally used for modeling subsystems. It represents how each and every component acts during execution and running of a system program. They are also used to show and represent structure and organization of all components. These code modules include application program, ActiveX control, Java Beans, backend databases, or some ASP programs. The component diagrams represent implementation of view models. The component diagrams are for representing interfaces and dependencies among software architecture. The word component simply means modules of a class that usually represents an independent subsystem.

The component and interface are as shown below :

Example –
Following is a component diagram for the ‘On-line Course Registration’ system. This diagram shows conceptual view of server-side components. 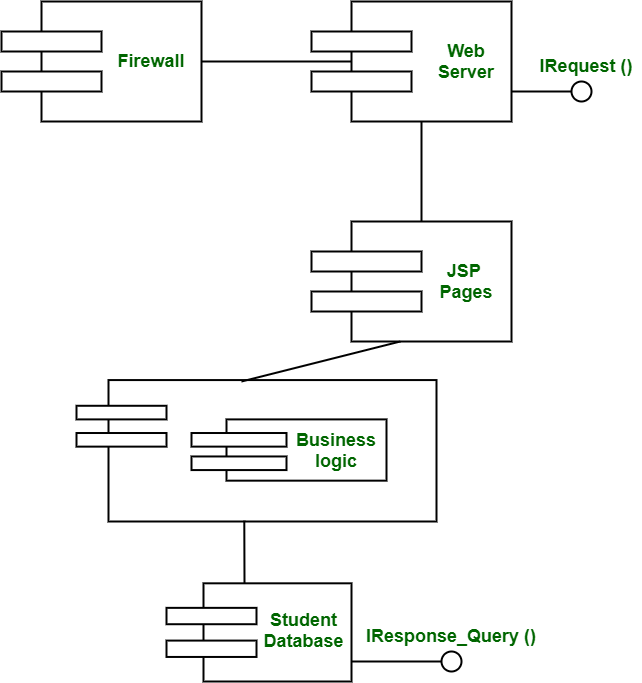