Comparison of Dart and JavaScript

In this article, we will compare Dart vs JavaScript, the two competing programming languages in cross-platform mobile application development. JavaScript reached the height of its popularity when it entered the fields of cross-platform mobile application development and server-side development. Since the Node.js framework can be used for both frontend and backend development, JavaScript became highly popular among web developers. With the rise of  React Native by Facebook, also mobile app developers started to move towards JavaScript. As a result, JavaScript remains the most popular programming language to this day.

As an alternative to JavaScript or React Native, Google created the framework for cross-platform mobile application development. Flutter uses the Dart programming language which is not known by many developers. However, in contrast, to React Native apps, apps built with Flutter look slick and much more native.

A question then arises as to why did Google choose Dart over JavaScript or other programming languages for its mobile SDK? Let’s compare both languages on different criteria or comparison points:

JavaScript has been around longer in the industry and is a mature and stable language. JavaScript is very easy to use. It has numerous frameworks and libraries available online, so developers can use the existing code for developing apps faster. However, to learn the JavaScript syntax, we need to have a basic technical knowledge of programming in general.

Dart is a fairly new language for most of the developers outside of Google. Although Google has put a lot of effort into documenting the Dart programming language, it’s still hard for developers to find solutions for specific problems. In terms of coding style and syntax, it has Java-like syntax, so developers from OOPS background can master and use Dart easily once they learn the basics.

Sample Application with Dart and JavaScript

JavaScript is everywhere. There is almost no device that does not run JavaScript. Currently, Javascript is being used to write web, mobile and server-side code. JavaScript has almost 2.5+ million questions tagged on StackOverflow.

Because of its popularity, the JS ecosystem is massive and now, with the advent of cloud component hubs, it even dominates the reusable components “market”. Front-end developers will want to see an alternative to that.

On the other hand, Dart is becoming popular, but it is nowhere near JavaScript. Before Google announced Flutter, Dart was nowhere to be found. Dart has attracted developers who were not in favor of JavaScript. Presently, Dart almost has 45K+ questions tagged on StackOverflow. 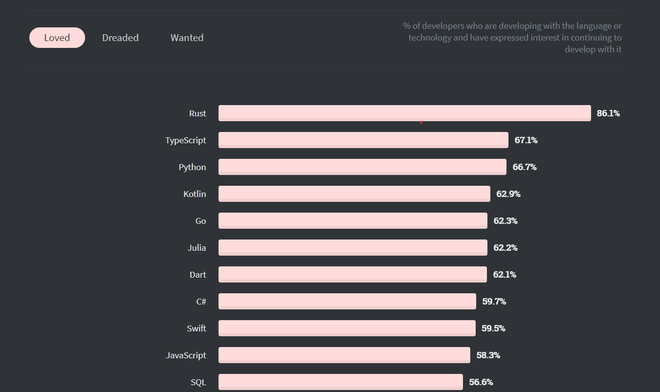 JavaScript is an interpreted language, so it might feel lighter and faster. It’s faster than other compiled languages like Java. However, Dart proved to be much faster when benchmarked against JavaScript.

Dart can be compiled both AOT and JIT which helps building apps in several ways as using JIT compilation can speed up development and AOT compilation can be used during the release process for better optimization. This technique has been used in Flutter app development

JavaScript has dominated both mobile and web app development with different frameworks. At one point, with the release of React and React Native from Facebook, JavaScript becomes a no-brainer for developing web and mobile apps for startups and small businesses. There is a large number of JavaScript frameworks still available in the market for developing web apps, progressive web apps, and hybrid mobile apps, e.g Angular,Vue.js, etc.

Similarly to JavaScript, Dart can be used for both mobile and web development. Dart became popular along with the Flutter framework for developing cross-platform mobile apps. Dart can be also used for developing. Nevertheless, as Flutter’s popularity is growing fast, developers are starting to pay attention to Dart. In the end, the future of Dart depends on the success of Flutter.

The birthplace of Dart was Google. Hence it was extensively used internally at first. And then after the introduction of Flutter, big names such as Alibaba adopted Flutter and Dart to develop their cross-platform applications.

JavaScript gives the best support for dynamic and duck typing. However, JS is not a type-safe language as it allows every code for whatever developers type. Compare to JavaScript, Dart is much more type safer. It supports both open and robust prototyping.

In the battle of Dart Vs JavaScript, both are the winners as they are the solid choices for developers due to various reasons. In a poll done by Jaxenter, Dart was voted the number one language in your 2019 list with 223 votes. Furthermore, Dart(66.3%) was just behind JavaScript(66.8%) as the most loved programming language of 2019 in a survey done by Stack Overflow. Dart was also ranked number one in the fastest growing language category of the “Github State of the Octoverse”. JavaScript is trustworthy but Dart is also reliable for its cool and supportive features for Google. It is very difficult to judge which will dominate the future world as Dart has also started earning developer’s trust effectively.