A well-documented program is a good practice as a programmer. It makes a program more readable and error finding become easier. One important part of good documentation is Comments.

In C/C++ there are two types of comments : 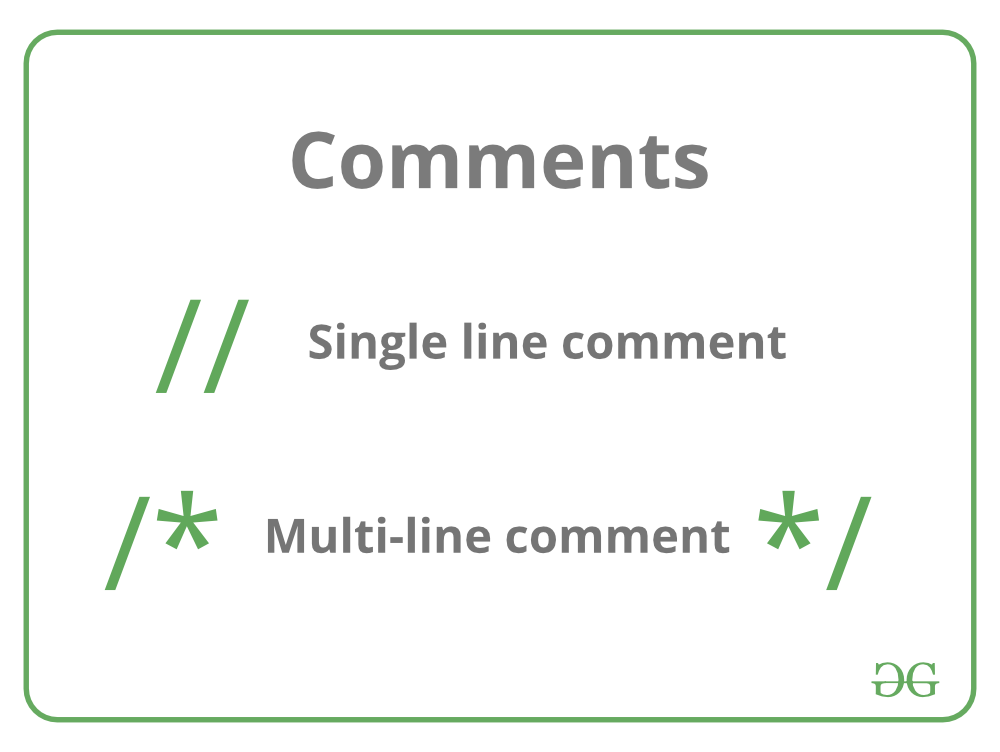 Represented as // double forward slash
It is used to denote a single line comment. It applies comment to a single line only. It is referred to as C++-style comments as it is originally part of C++ programming.
for example:

Represented as /* any_text */ start with forward slash and asterisk (/*) and end with asterisk and forward slash (*/).
It is used to denote multi-line comment. It can apply comment to more than a single line. It is referred to as C-Style comment as it was introduced in C programming.

You can also create a comment that displays at the end of a line of code. But generally its a better practice to put the comment before the line of code.
Example: This example goes same for C and C++ as the style of commenting remains same for both the language.

When and Why to use Comments in programming?