To overcome these problems, we use padding.

Padding is simply a process of adding layers of zeros to our input images so as to avoid the problems mentioned above. 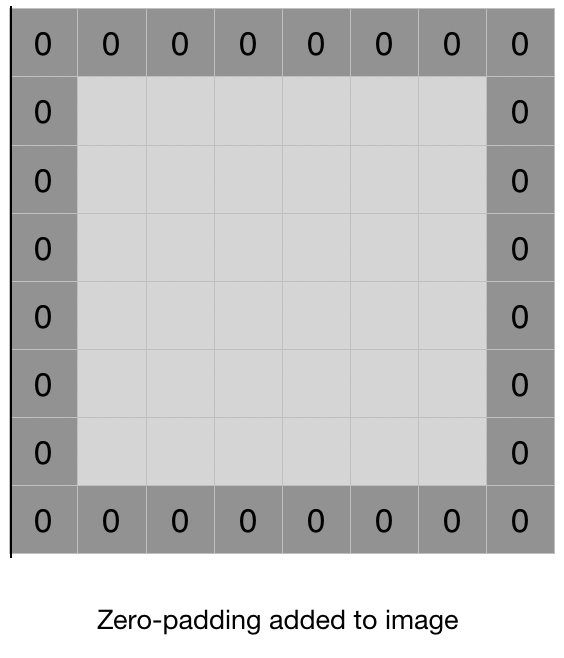