In this article, we will discuss the overview of cloud computing and cloud-native technology and then will cover Cloud-Native Technology, and its advantages, and finally concluded with a way forward for Cloud-Native. Let’s discuss it one by one.

Cloud-Native :
Cloud-Native can be described as an approach that builds Software Applications as Micro-services and runs as well as maintains them on a containerized platform to utilize the proper advantages of the cloud computing model., i.e., each organization will have to modernize its infrastructure, processes, and organizational structure while choosing the right cloud technologies as per their respective requirements and user’s total usage. 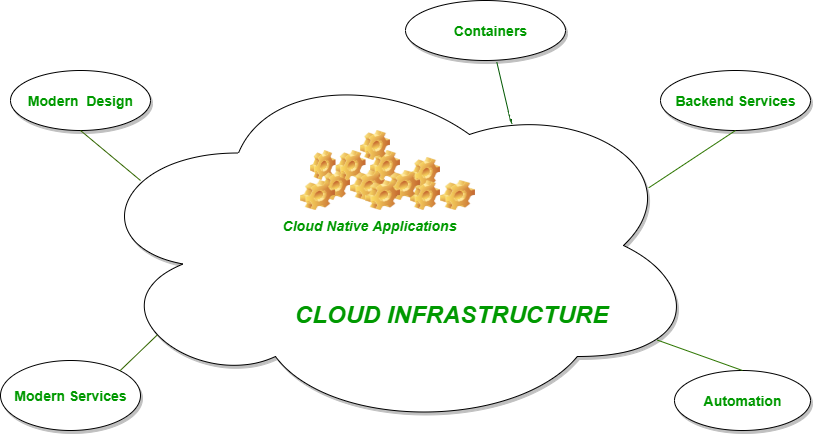 Technical Facts :
It empowers organizations to build and run scalable applications and also provide feature to build in modern, dynamic environments like in private, public and hybrid clouds. Containers, service meshes, microservices, immutable infrastructure, and declarative APIs exemplify this approach. Cloud-Native can be stated as a service package of cloud-based processing and cloud-based services bundled together in an expandable environment by service provider enterprises. Cloud-Native Computing uses an open-source software stack to be perfectly balanced with certain criteria as follows.

Way Forward :
Ideas, proficient technology, and the latest concepts of Cloud-native architecture have introduced a new way to implement complex and scalable systems. Though it is powerful and promising technology such advantages need a solid foundation based on principles of Cloud Native Architecture. Some consider that this technology is hyped while other supportive techies considered it a future of software application development. But according to the pre-notions of certain analysts if the cloud-native approach becomes successful it could be a massive success in business sectors as it will become an easy task to move an idea into production quickly and more effectively.