A Closeable is a source or destination of the data that needs to be closed. The close() method is invoked when we need to release resources that are being held by objects such as open files. It is one of the important interfaces to stream classes. Closeable Interface was introduced in JDK 5 and is defined in java.io. From JDK 7+, we are supposed to use AutoCloseable interface. The closeable interface is an older interface that was introduced to preserve backward compatibility.

The Hierarchy of Closeable interface 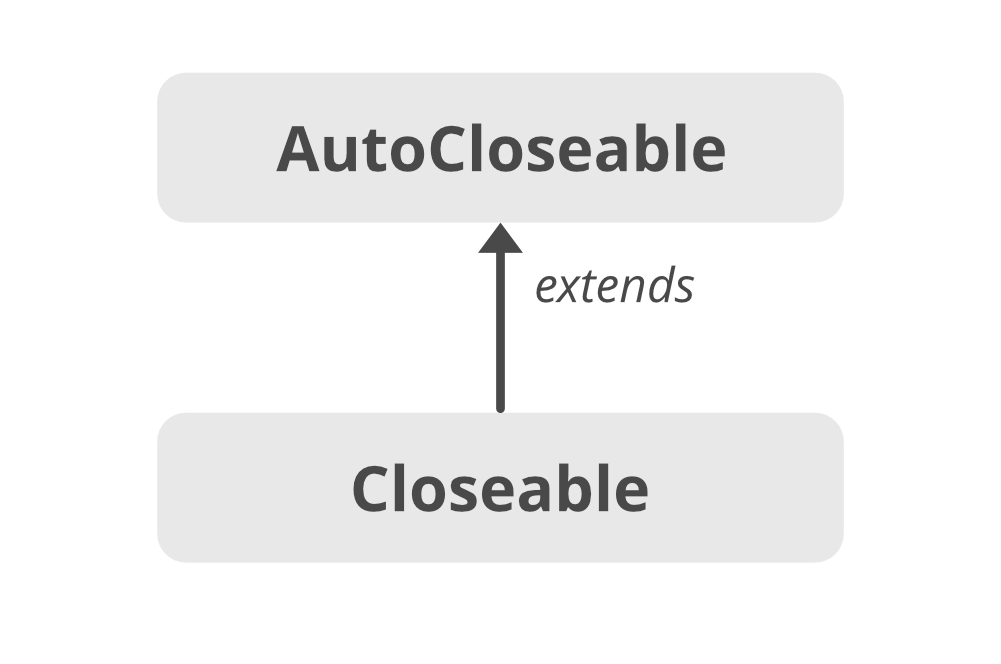 The close() method is invoked to release resources that the object is holding. If the stream is already closed then invoking the close method does not have any effects.

Note: Closeable is idempotent, which means calling the close() method more than once has no side effects.

Closeable throws only IOException and it cannot be changed without breaking legacy code. Therefore, AutoCloseable was introduced as it can throw an Exception.

Usage of try-with Block with Closeable