A CPU can not operate alone when we give huge amount of data and instructions to it simultaneously. It needs other components to work for it and for this it requires a clock which synchronizes all the components of the system.

Rate at which a processor completes its total processing cycle in one second is called as its ‘clock speed’. It is also known as clock rate. The performance of CPU has a major impact on the speed at which a program is loaded and then executed. It is usually measured in Megahertz or Gigahertz .In modern CPU, we measure clock speed in Gigahertz.

Generally, it is said that higher the clock speed, faster the CPU. But this may not be the only reason for a faster CPU. There are many factors behind it like number of processors, speed of RAM, bus speed, size of cache etc. Some instructions require more cycles from CPU to be completed . Depending upon the architecture of CPU the clock speed can be more or less important. Some CPU can actually perform faster at slower clock speed while some processor’s architecture focuses more on high clock speed with few instructions per cycle. 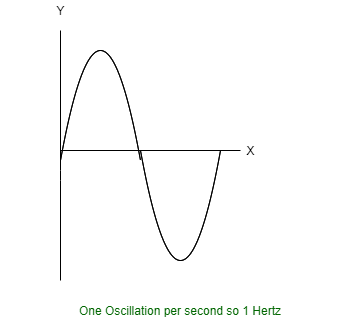 Speed of CPU determines number of calculations it can perform in one second of time. However, the speed of the CPU clock for processing power can be increased by ‘overclocking’. But as you raise the clock speed there can be stability issues and your system might get crashed. Higher clock speeds can generate more heat so, to keep themselves away from dangerous overheating, processors will strangle down to a lower frequency when they get overheated. This can happen when you don’t give enough power to your CPU. Overclocking may also lead to over volting.

Overvolting is when you raise the voltage given to the chip in order to increase the clock speed.