Question 1. In a parallelogram ABCD, determine the sum of angles C and D. 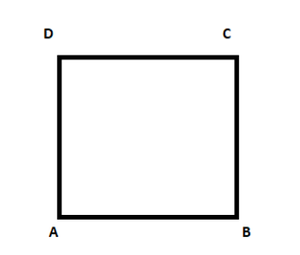 Because∠C and ∠D are consecutive interior angles on the same side of CD traversal, so their sum is equal to 180°.

Question 2. In a parallelogram ABCD, if ∠B = 135°, determine the measures of its other angles. 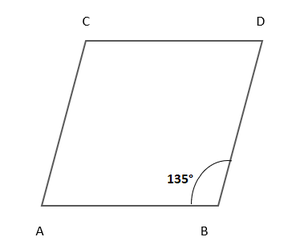 Now put the value of ∠B in eq(i)

Question 3. ABCD is a square, AC and BD intersect at O. State the measure of ∠AOB. 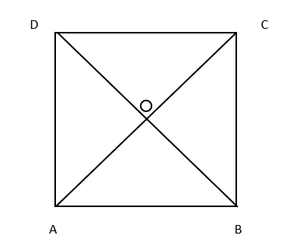 In the given square ABCD,

Given that diagonal AC and BD intersect each other at O

Hence, ∠AOB = 90°, because in square diagonals are bisect each other at right angle.

Question 4. ABCD is a rectangle with ∠ABD = 40°. Determine ∠DBC. 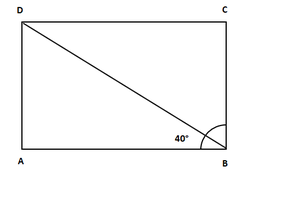 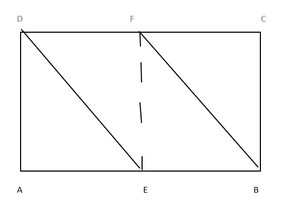 and DE and BF are joined

Question 6. P and Q are the points of trisection of the diagonal BD of the parallelogram ABCD. Prove that CQ is parallel to AP. Prove also that AC bisects PQ. 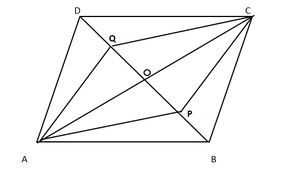 In the given ||gm ABCD

Proof: As we know that the diagonals of a parallelogram bisect each other

Diagonals AC and PQ bisect each other at O

So, APCQ is a parallelogram 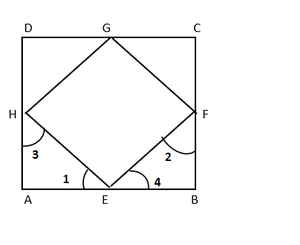 In the given square ABCD

It is given that E, F, G and H are the points on AB, BC, CD and DA respectively

To prove : EFGH is a square

Proof : It is given that E, F, G and H are points on the sides AB, BC, CA and DA respectively such that

Now in ∆AEH and ∆BFE

Hence, EFGH is a square.

Question 8. ABCD is a rhombus, EABF is a straight line such that EA = AB = BF. Prove that ED and FC when produced meet at right angles. 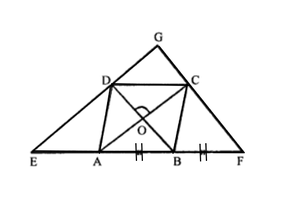 Given that ABCD is a rhombus

EABF is a straight line such that

Which meet at point G

Proof: As we know that the diagonals of a rhombus bisect

each other at right angles

A and O are the mid-points of BE and BD respectively.

In ∆ CFA, B and O are the mid-points of AF and AC respectively

Hence, DOCG is a parallelogram.

Question 9. ABCD is a parallelogram, AD is produced to E so that DE = DC = AD and EC produced meets AB produced in F. Prove that BF = BC. 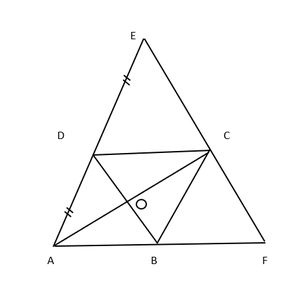 AB is produced to E so

So, by ASA criterion,