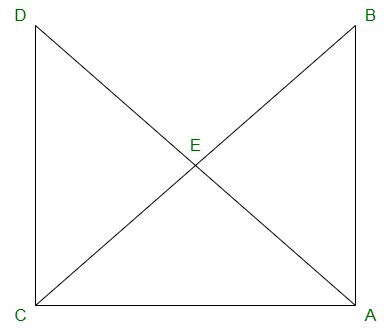 Consider ΔADC and ΔCBA.
AB = CD {Given}
BC = AD {Given}
And AC = AC {Common side}
So,
By SSS congruence criterion, we have
ΔADC≅ ΔCBA 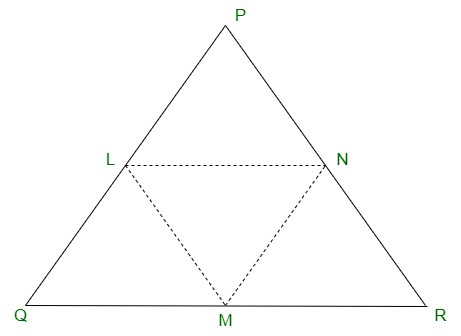 In Δ PQR, PQ = QR and L, M and N are the mid-points of the sides PQ, QR and RP respectively