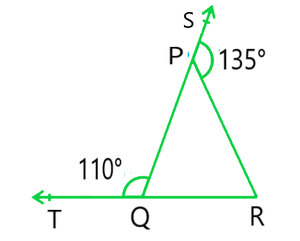 As we have studied in this chapter, TQP and PQR will form a linear pair

Here, the side QP is extended to S and so, SPR forms the exterior angle.

Thus, ∠SPR (∠SPR = 135°) is equal to the sum of interior opposite angles. (Triangle property) 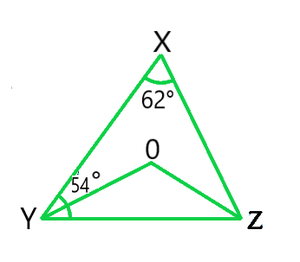 As we have studied in this chapter,

We know that the sum of the interior angles of the triangle is 180°.

Putting the values as given in the question we get,

Now, we know that ZO is the bisector so,

Similarly, YO is a bisector and so,

Now, as the sum of the interior angles of the triangle,

Putting their respective values, we get, 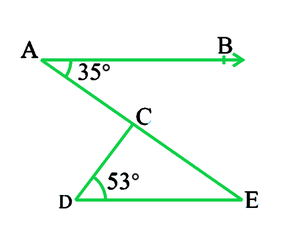 Since, we know that AE is a transversal of AB and DE

Now consider the triangle CDE. We know that the sum of the interior angles of a triangle is 180°.

Putting the values, we get 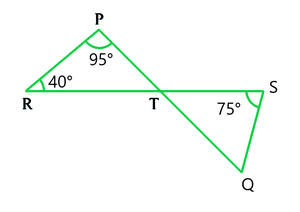 Now ∠PTR will be equal to STQ as they are vertically opposite angles.

Solving this we get, 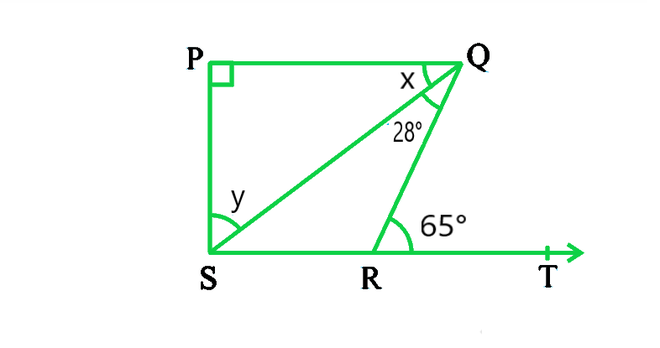 It is also known that alternate interior angles are same and

As we know that the sum of the angles in a quadrilateral is 360°.

Putting their respective values, we get,

Question 6: In Figure, the side QR of ΔPQR is produced to a point S. If the bisectors of ∠PQR and ∠PRS meet at point T, then prove that ∠QTR = ½ ∠QPR. 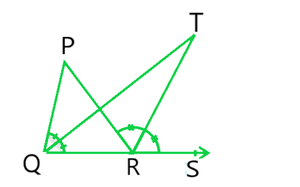 ∠PRS is an exterior angle.

We know that QT and RT bisect ∠PQR and ∠PRS respectively.