Question 1: Which of the following statements are true and which are false? Give reasons for your answers.

(i) Only one line can pass through a single point.

(ii) There is an infinite number of lines which pass through two distinct points.

(iii) A terminated line can be produced indefinitely on both the sides.

(iv) If two circles are equal, then their radii are equal.

Reason: If we mark a point O on the surface of a paper. Using pencil and scale, we can draw infinite number of straight lines passing through O.

Reason: Through two distinct points there can be only one line that can be drawn. Hence, the statement mentioned above is False.

Reason: A line that is terminated can be indefinitely produced on both sides as a line can be extended on both its sides infinitely. Hence, the statement mentioned above is True.

Reason: According to Euclid’s 1st axiom- “Things which are equal to the same thing are also equal to one another”. Hence, the statement mentioned above is True.

Question 2: Give a definition for each of the following terms. Are there other terms that need to be defined first? What are they and how might you define them?

(iv) Radius of a circle

Yes, there are other terms which need to be defined first, so that we understand better:

(i) Parallel lines: Two lines l and m in a plan are said to be parallel if they have a no common point and we can write them as l || m.

(ii) Perpendicular lines: Two lines A and B are said to be perpendicular if the form a right angle and we can write them as A ⊥ B. 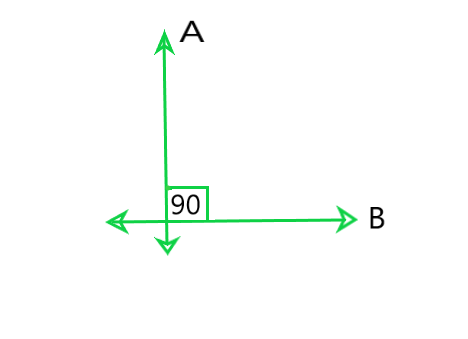 (iii) Line Segment: A line segment is a part of line and having a definite length. It has two end-points. In the figure, a line segment is shown having end points P and Q. Write it as arrow over PQ. 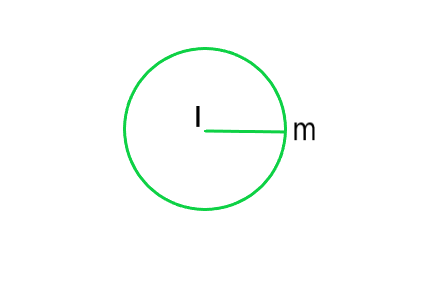 (v) Square: A quadrilateral in which all the four angles are right angles and all the four sides are equal is called a Square

In the given figure ABCD is a Square. 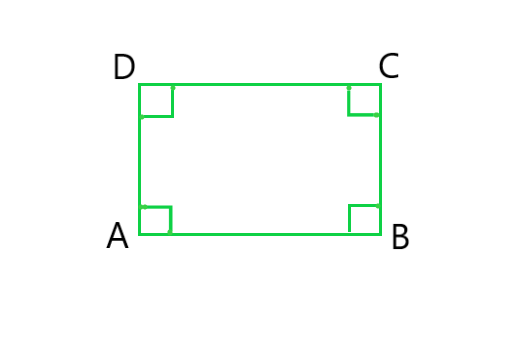 Question 3: Consider two ‘postulates’ given below:

(i) Given any two distinct points A and B, there exists a third point C which is in between A and B.

(ii) There exist at least three points that are not on the same line.

Yes, these postulates are consistent when we deal with these two situations:

No, they don’t follow from Euclid’s postulates. They follow the axioms i.e “Given two distinct points, there is a unique line that passes through them.”

Question 4: If a point C lies between two points A and B such that AC = BC, then prove that AC = 12 AB, explain by drawing the figure.

As we have studied in this chapter “If equals are added to equals then there wholes are also equal”.

As we have studied in this chapter, we know that,

BC+AC = AB (as it coincides with line segment AB)

Question 5: In Question 4, point C is called a mid-point of line segment AB. Prove that every line segment has one and only one mid-point.

Let, AB be the line segment as given in the Question.

Assume that points C and D are the two different mid points of line segment AB.

Therefore, C and D are the midpoints of AB.

Now, as C and D are mid points of Ab we have,

CB+AC = AB (as it coincides with line segment AB)

We get, AC+AC = CB+AC (If equals are added to equals, the wholes are equal.)

⇒ AC = AD (Things which are double of the same things are equal to one another.)

Thus, we conclude that C and D are the same points.

This contradicts our assumption that C and D are two different mid points of AB.

Thus, it is proved that every line segment has one and only one mid-point.

According to the question, AC = BD

From the given figure we can conclude that,,

As we have studied, according to Euclid’s axiom, when equals are subtracted from equals, remainders are also equal.

Subtracting BC from the L.H.S and R.H.S of the equation AB+BC = BC+CD, we get,

Question 7: Why is Axiom 5, in the list of Euclid’s axioms, considered a ‘universal truth’? (Note that the question is not about the fifth postulate).

Euclid’s fifth axiom states that “the whole is greater than the part.”

For Example: A cake. When it is whole or complete, assume that it measures 2 pounds but when a part from it is taken out and measured, its weight will be smaller than the previous measurement. So, the fifth axiom of Euclid is true for all the materials in the universe. Hence, Axiom 5, in the list of Euclid’s axioms, is considered a ‘universal truth’.