Question 1. The following distribution gives the daily income of 50 workers if a factory. Convert the distribution above to a less than type cumulative frequency distribution and draw its ogive.

According to the question, we convert the given distribution to a less than type cumulative frequency distribution, 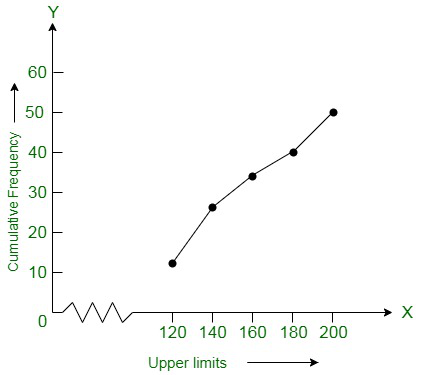 Question 2. During the medical check-up of 35 students of a class, their weights were recorded as follows:

Draw a less than type ogive for the given data. Hence obtain the median weight from the graph and verify the result by using the formula. 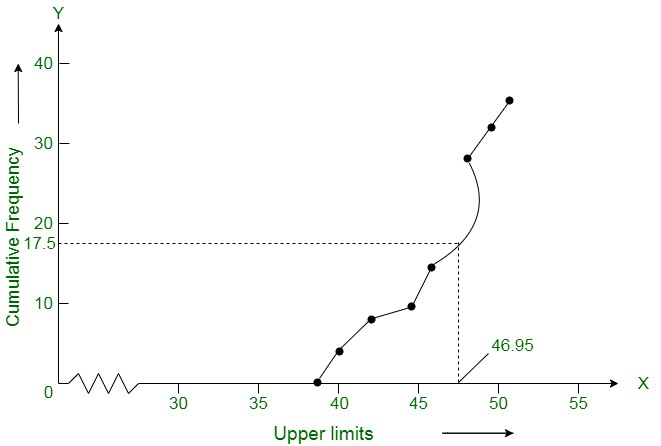 Now, locate the point 17.5 on the y-axis and draw a line parallel to the x-axis cutting the curve at a point. From this point, now we draw a perpendicular line to the x-axis and the intersection point which is perpendicular to x-axis is the median of the given data. After, locating point now we create a table to find the mode:

The class 46 – 48 has the maximum frequency, hence, this is the modal class

Now we find the mode:

On substituting the values in the given formula, we get

Hence, the mode is verified.

Question 3. The following tables give the production yield per hectare of wheat of 100 farms of a village. 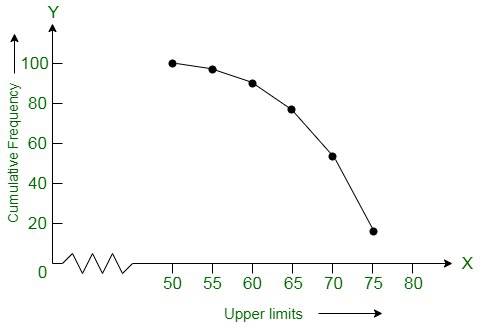